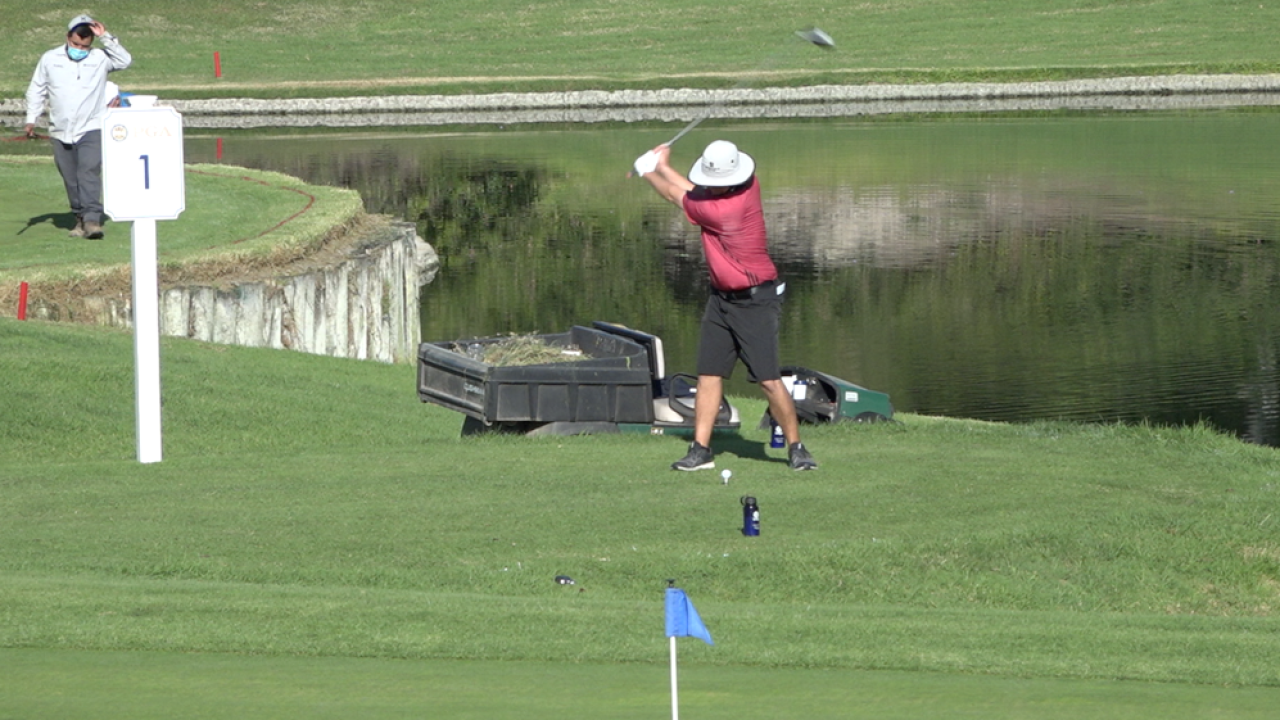 CHULA VISTA, Calif. (KGTV) -- While a number of Southern California golf courses have recently closed their doors, Eastlake Golf Course has done just the opposite. The newly renovated course has changed it's name, and has brought back a prestigious tournament. This week 132 golfers are teeing it up at the San Diego County Open.

The tournament was last played in 2001, and makes a return after a nearly 20-year hiatus. The field is comprised of college golfers, as well as former PGA Tour players and Korn Ferry Tour players

In fact, the tournament is one of the oldest in California dating back to 1929.

The list pf past champions is quite impressive, and who knows, maybe this week's field includes a Master's or U.S. Open winner.

"This is kind of a stepping stone for players to get to the next level. There are a lot of really good golfers that in the future, you'll probably see play on the PGA Tour."

Now not only is the San Diego County Open making it's return, the Eastlake Golf Course has made some major renovations and even a name change. It's now the Enagic Golf Club at Eastlake"