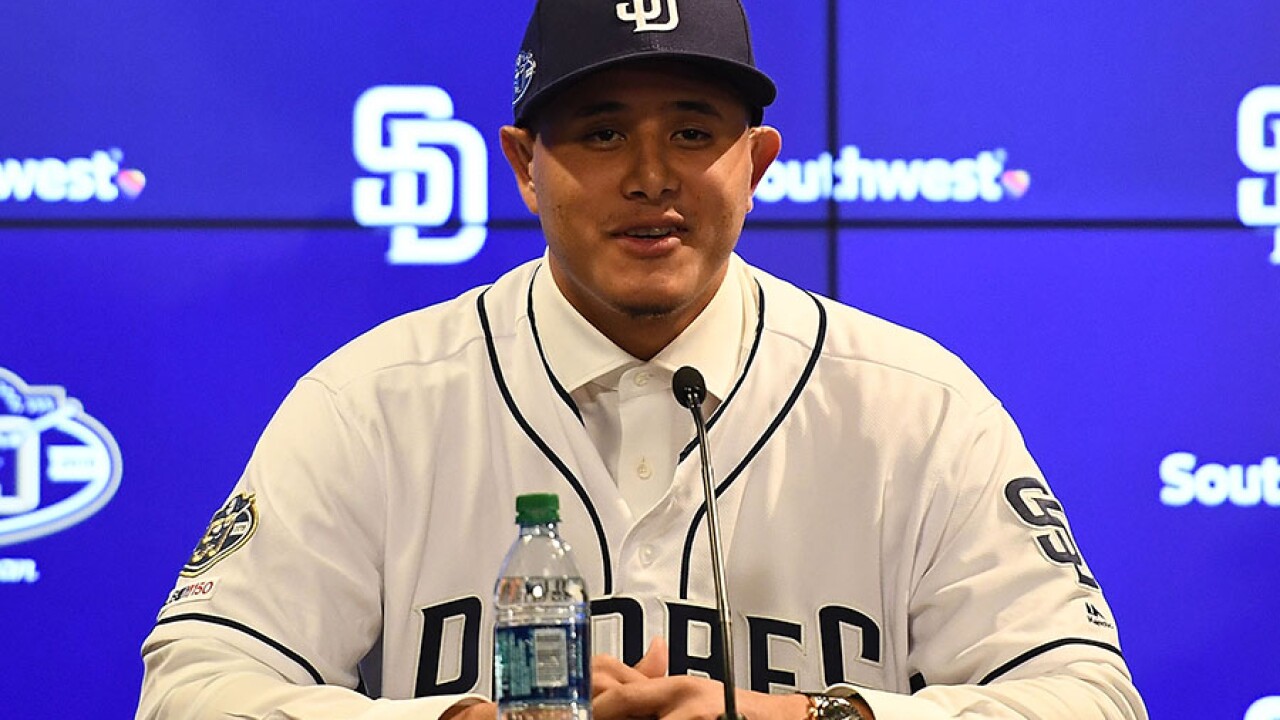 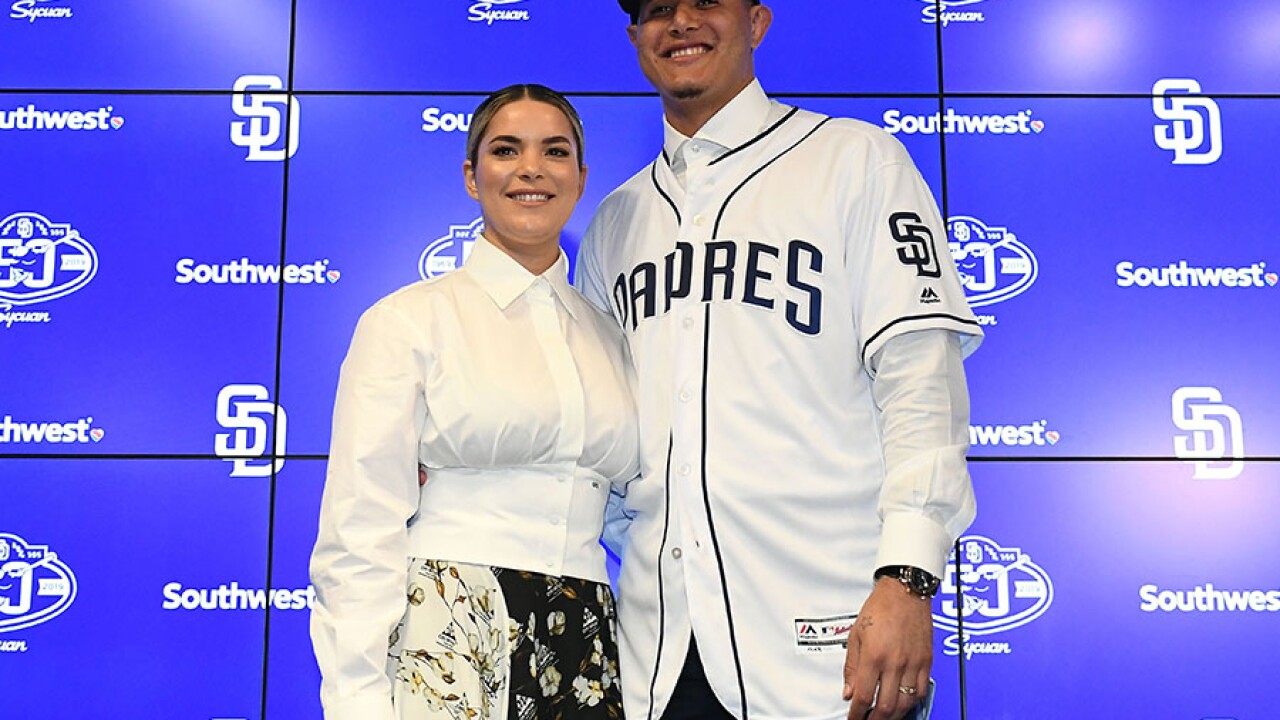 PEORIA, Ariz. (AP) - After adding Manny Machado, the San Diego Padres didn't shoot down the notion that another big news conference could be ahead.

"We're always open-minded to looking at improving our club," Padres general manager A.J. Preller said Friday at Machado's introductory news conference. "We understand we want to be at the top part of the standings. We have a lot of work to do from that standpoint."

San Diego has never won a World Series, hasn't had a winning season since 2010 and hasn't been to the playoffs since 2006. The Padres lost 96 games last year.

In a market stung by the move of the NFL's Chargers, the Padres have made the two most expensive free-agent signings of the last two years. They gave first baseman Eric Hosmer a $144 million, seven-year contract last February and signed Machado to a $300 million, 10-year deal, the highest ever for a free agent and second only to Giancarlo Stanton's $325 million, 13-year agreement.

"We'll see how the next few weeks play out," Preller said.

A 26-year-old four-time All-Star, Machado will play third base for the Padres. He said San Diego started to pursue him last month. He put on a white Padres No. 13 jersey as photographers' flashes lit the room.

"I liked what A.J. had to say. I liked the game plan, what they brought to the table, from ownership to front office to coaching staff to the players," Machado said. "The whole shebang was just so, so, so perfect."

Machado had shifted from third base to shortstop with Baltimore at the start of last season and had expressed a preference to stay at that position. Prospect Fernando Tatis Jr. is viewed as the Padres' shortstop of the future.

"Shortstop was a big key, but at the end of the day it's always a matter of what team, what position, how would it be?" Machado said. "I've played third base my entire life, moved over obviously because I've always wanted to, the spot was open, but coming here to come play third base, I saw a great opportunity to help out other guys, help out young guys, help out Tatis."

He caused a stir during the NL Championship Series last October when he failed to run out a grounder and later said: "Obviously I'm not going to change, I'm not the type of player that's going to be 'Johnny Hustle' and run down the line and slide to first base."

Machado termed that "stuff that you kind of just put in the past. You address it at the moment and you just move forward from it."