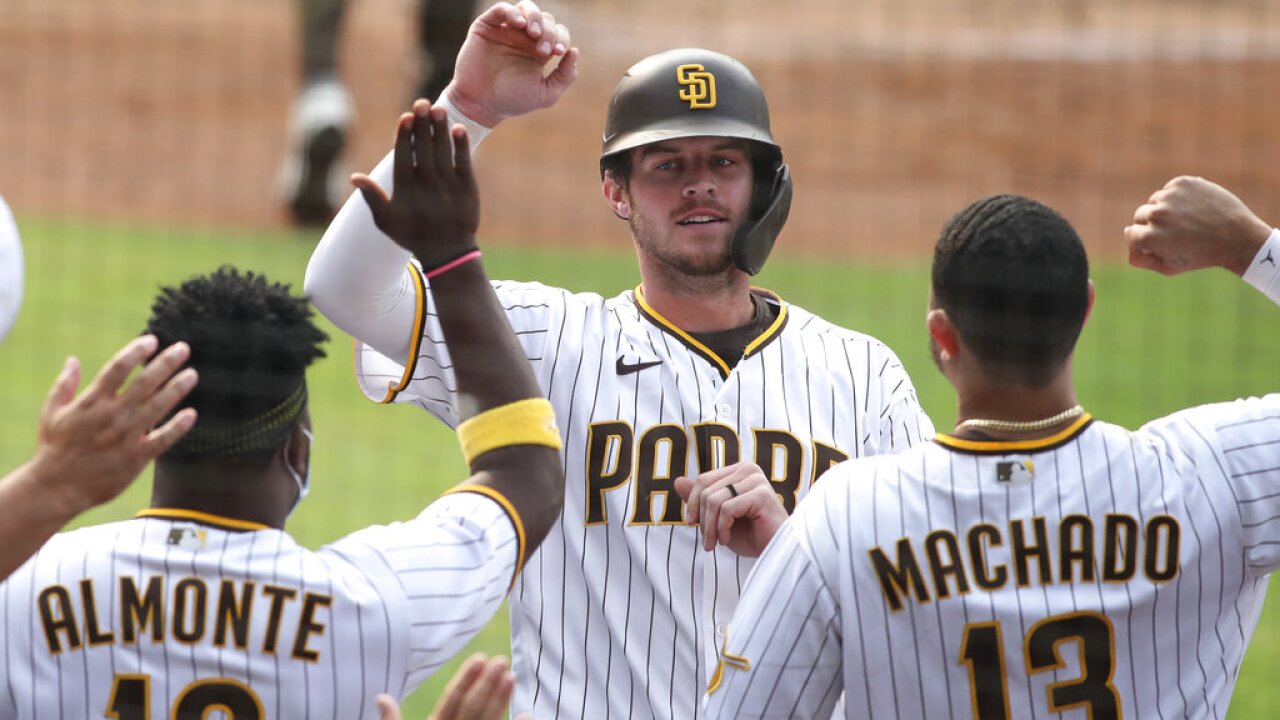 SAN DIEGO (AP) — Dinelson Lamet outpitched Clayton Kershaw, and rookie Jorge Oña hit a go-ahead double in a five-run seventh inning to lead the San Diego Padres to their eighth straight win, 7-2 against the Los Angeles Dodgers in the opener of a series between the NL’s top two teams.

The Padres cut the Dodgers’ lead in the NL West to 1½ games.

Trent Grisham added some spice to the rivalry when he hit a tying home run off Kershaw in the sixth and said something to the Dodgers’ dugout as he headed for home.