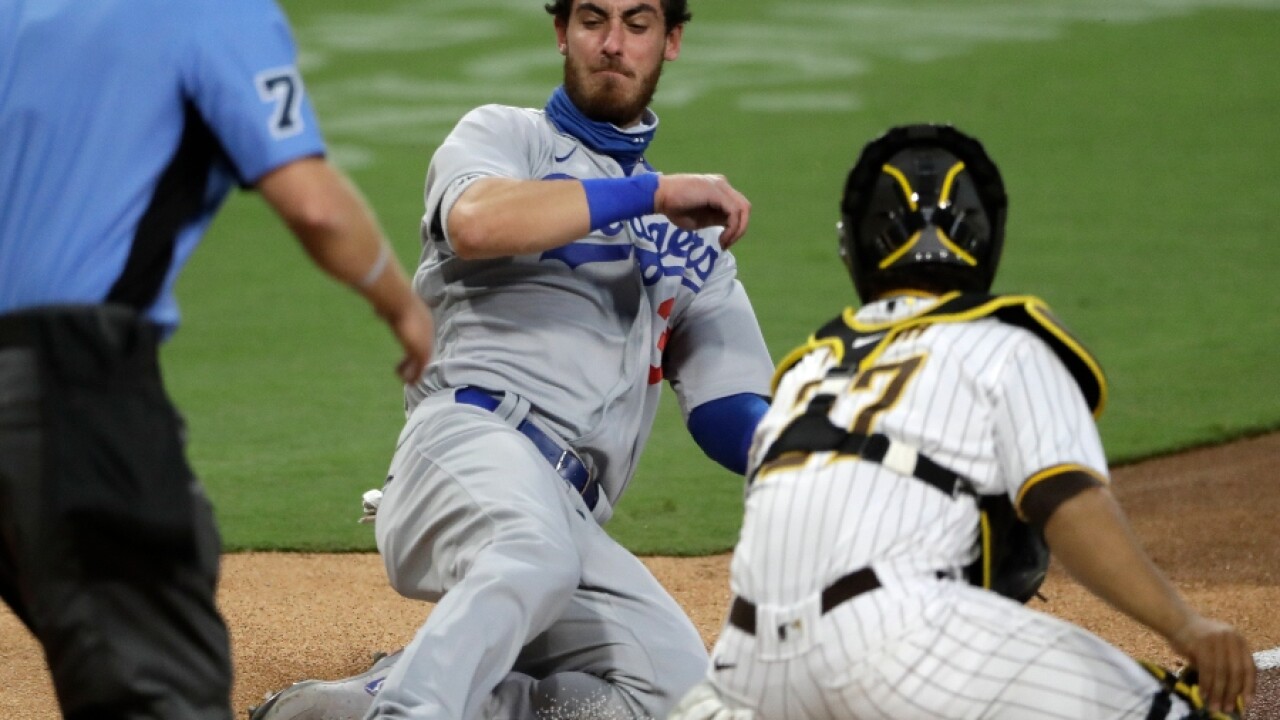 ARLINGTON, Texas (AP) — The Los Angeles Dodgers had a walk in the park to start the National League Division Series.

The Dodgers had already drawn nine walks before Mookie Betts got their first hit the sixth inning.

They went ahead to stay on Corey Seager’s sacrifice fly right after that in a 5-1 win over the NL West rival San Diego Padres. Game 2 in the best-of-five series is Wednesday night. The Dodgers walked 10 times, matching the NLDS record for a nine-inning game.