For San Diego and the first-place Chargers, it’s complicated 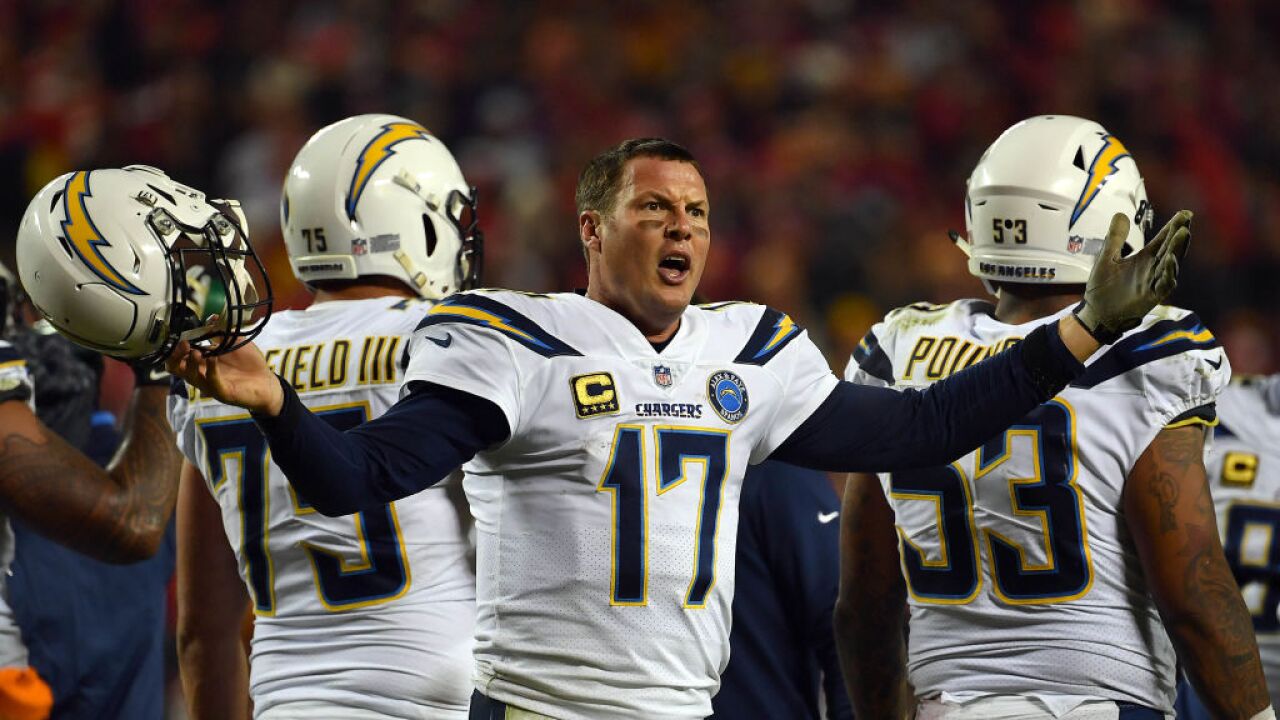 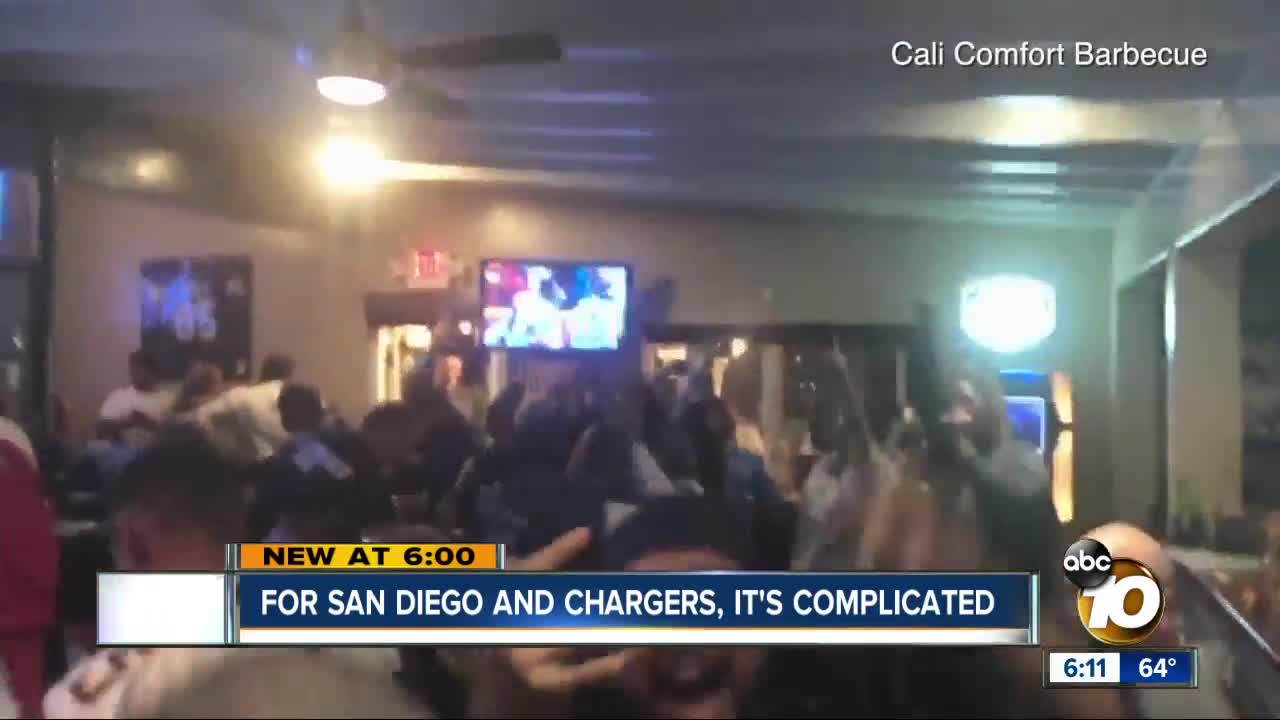 SAN DIEGO (KGTV) — The Chargers dramatic win over the Kansas City Chiefs on Thursday clinched the team its first appearance in the NFL Playoffs since 2013.

Only this time, the Bolts are representing Los Angeles, not San Diego.

“The players deserve it,” said San Diegan John Velarde. “The Spanoses? No.”

Team owner Dean Spanos moved the team to Los Angeles after the 2016 season, after voters rejected the team’s bid for a downtown San Diego stadium. The move prompted some fans to disavow the Chargers forever, and it was easy the first year — the Bolts lost their first four games before battling back to finish 9-7.

But this season, the team’s second in LA, has been much different.

The Chargers are 11-3, and are tied with Kansas City for the best record in the AFC. There is a chance that the Chargers could have home-field advantage in the playoffs.

“You feel a lot of mixed emotions, like excitement for who’s left on the team,” said Tim Hoover, a native San Diegan. “But at the same time it’s kind of like, they’re kind of dead to the world.”

Still, there are die-hard Charger fans in San Diego.

An estimated 250 packed into Cali Comfort Barbecue in Spring Valley to watch Thursday's 29-28, come-from-behind victory over the Chiefs.

Owner Shawn Walchef, wearing a Chargers had and jacket, said he and many are sticking by the team.

“It hurt that we couldn’t get something done as a city, it hurt that the organization couldn’t figure something out,” he said. “What can we control? It’s things we like to be happy about. We love cheering on our time, we love interacting with other Charger fans and that’s something that we’re going to keep doing."