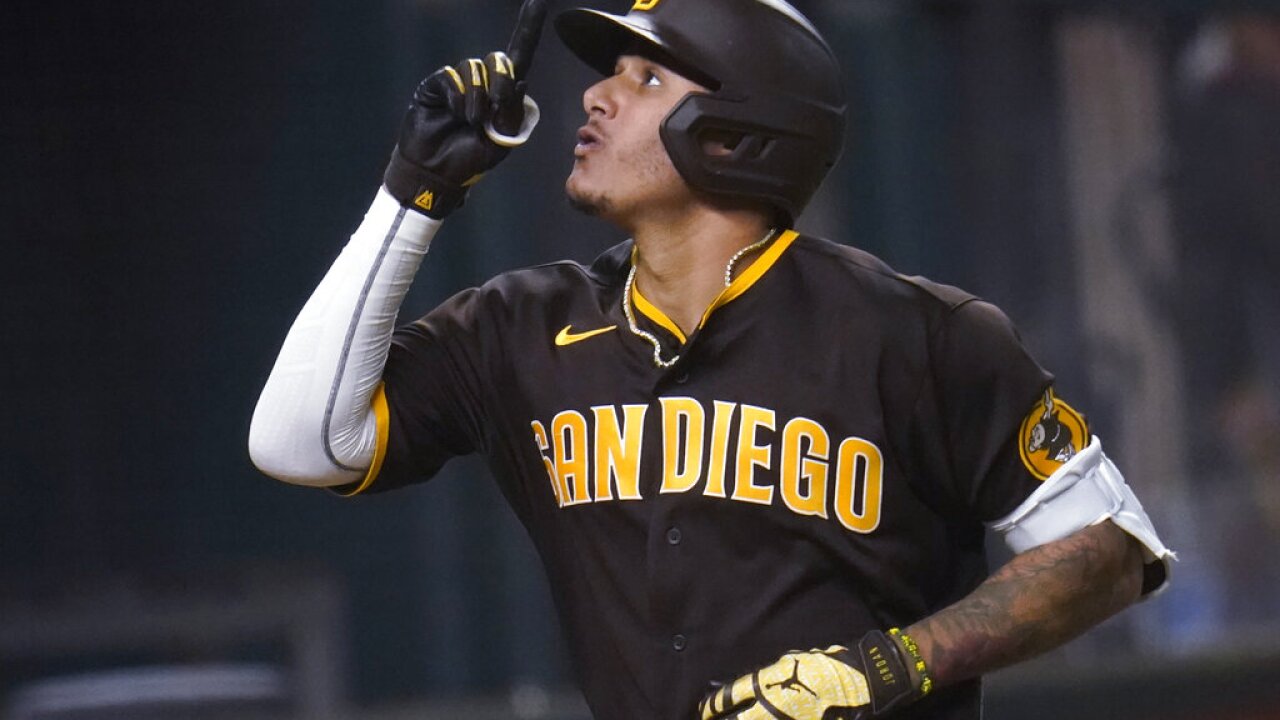 ARLINGTON, Texas (AP) — Manny Machado tried to awaken a slumbering San Diego offense by screaming at his teammates after connecting for a homer against Clayton Kershaw.

While it almost worked, the Padres fell into a 2-0 deficit in their best-of-five National League Division Series when Eric Hosmer stranded the bases loaded with a game-ending groundout off Joe Kelly in a 6-5 loss to the Los Angeles Dodgers.

Machado’s solo shot in the sixth inning was followed immediately by another from Hosmer, closing the Padres to 4-3 in their first NLDS since 2006.