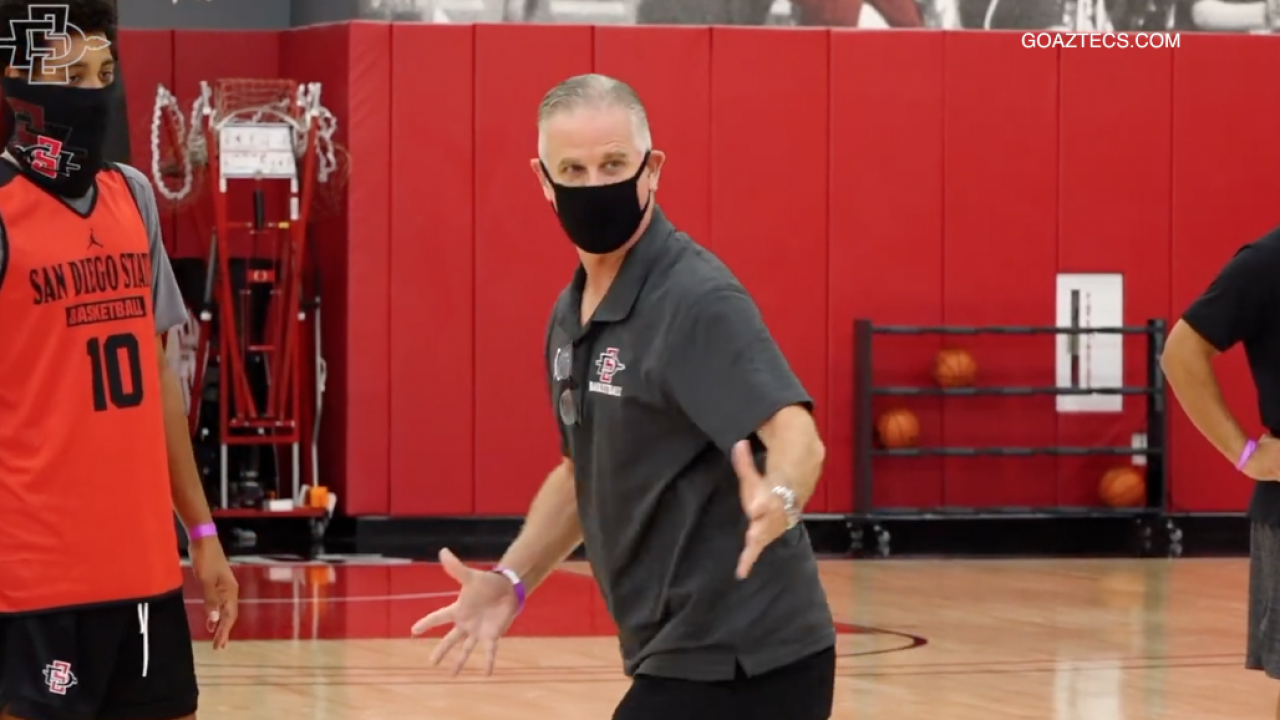 The Aztec basketball team has been on the court practicing, with no real knowledge as to who they will be playing. That's because COVID-19 pandemic has played havoc with the schedule, especially the non-conference schedule. So over the last month, the Aztecs took maters into their owns hands, and put together a four team event to open the season at Viejas Arena. The first team Head Coach Brian Dutcher reached out to was #22 UCLA.

"Mick was more than willing to come play us as part of a southern California event, along with Pepperdine and UC Irvine. It's an event where the teams can just get on a bus, come down to San Diego, and play a couple of good quality games."

And to get UCLA to come to south is quite a rarity.

"UCLA, in their history, rarely goes on the road in southern California. They don't play road games in the state. You have to go to Pauley Pavilion to play them."

The last time the Aztecs and Bruins met on the basketball court was 2012 in the John Wooden Classic.

"I remember the Honda Center, and it was probably three quarters full with Aztec's fans To see Xavier and Jamaal Franklin, and that crew beat a good UCLA team was really a memorable night for all of us."

Now a year ago, you might call it a dream season. The Aztecs went 30 and 2 before having the end of the season cut short to the pandemic. At the time, they were looking at a possible number one seed in the NCAA Tournament. This year they are not even ranked in the top 25 preseason polls.

"We were not ranked to start last season, and went on to have a magical season. But I'm not discouraged by that. We will have plenty of opportunities, if we do what we're supposed to do with our non-conference schedule."

The Aztecs and UCLA will face each other on November 25th. On the 27th, SDSU will play UC Irvine. Due to COVID-19, no fans will be allowed to attend the event.