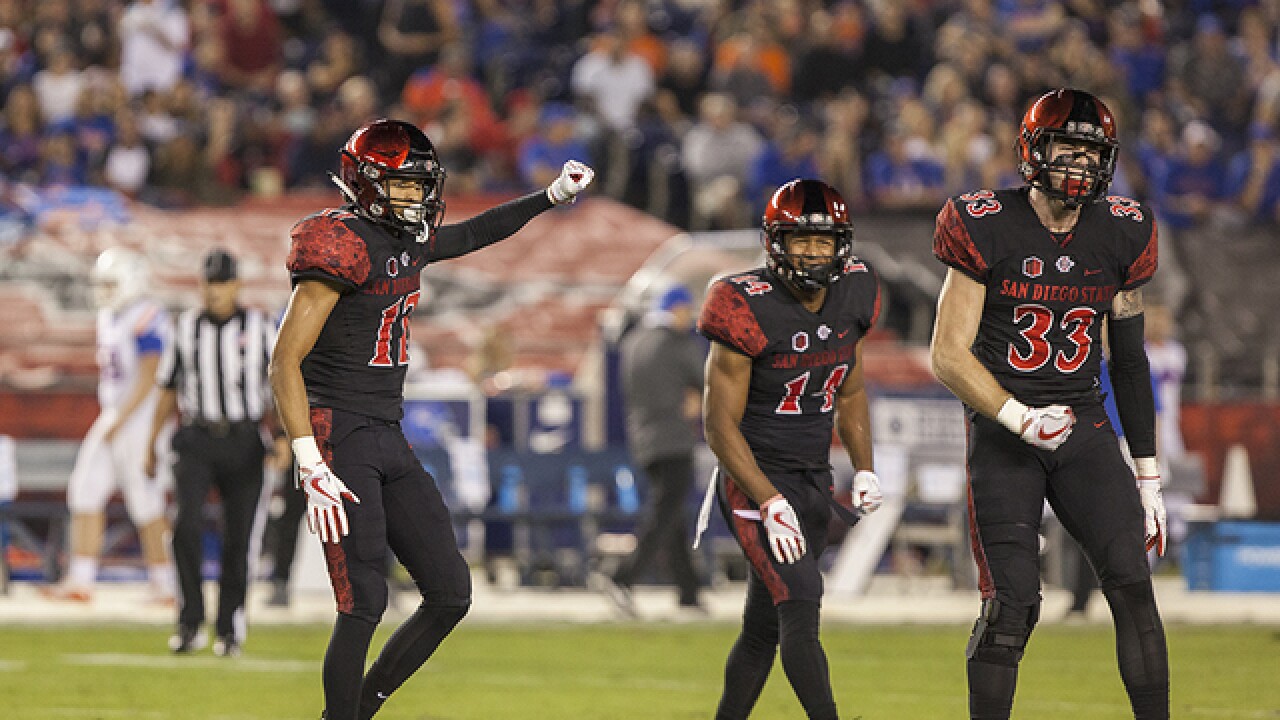 The Daily Aztec
Kelly Smiley
<p>Ron Smith (17), Tariq Thompson (14), and Parker Baldwin (73) celebrate a defensive stop in their game against Boise State on Oct. 14 at SDCCU Stadium. The Aztecs lost the game 31-14.</p>

San Diego State football sophomore safety Tariq Thompson is well-decorated for a player heading into only his second collegiate season.

Last year, Thompson became the first SDSU true freshman to start since 2009, and was named a Freshman All-American by both the Football Writers Association of America and USA Today.

This season, the local product from St. Augustine High has been named to the 2018 Mountain West Preseason All-Conference Team.

Thompson said that while receiving the award is an honor, his only focus is on improving and helping his team win games.

“My goal is to come out everyday and get better,” he said. “The preseason awards are nice, and it’s a true honor, but I’m more (interested) about the team and how (many) games we can win.”

Thompson did his fair share last season, racking up 63 tackles to go along with a team-high five interceptions, including one he ran back 83 yards for a touchdown in the Aztecs week five victory over Northern Illinois.

Despite this, Thompson said he feels he wasn’t in the best shape last season, and that this year he will be able to contribute even more.