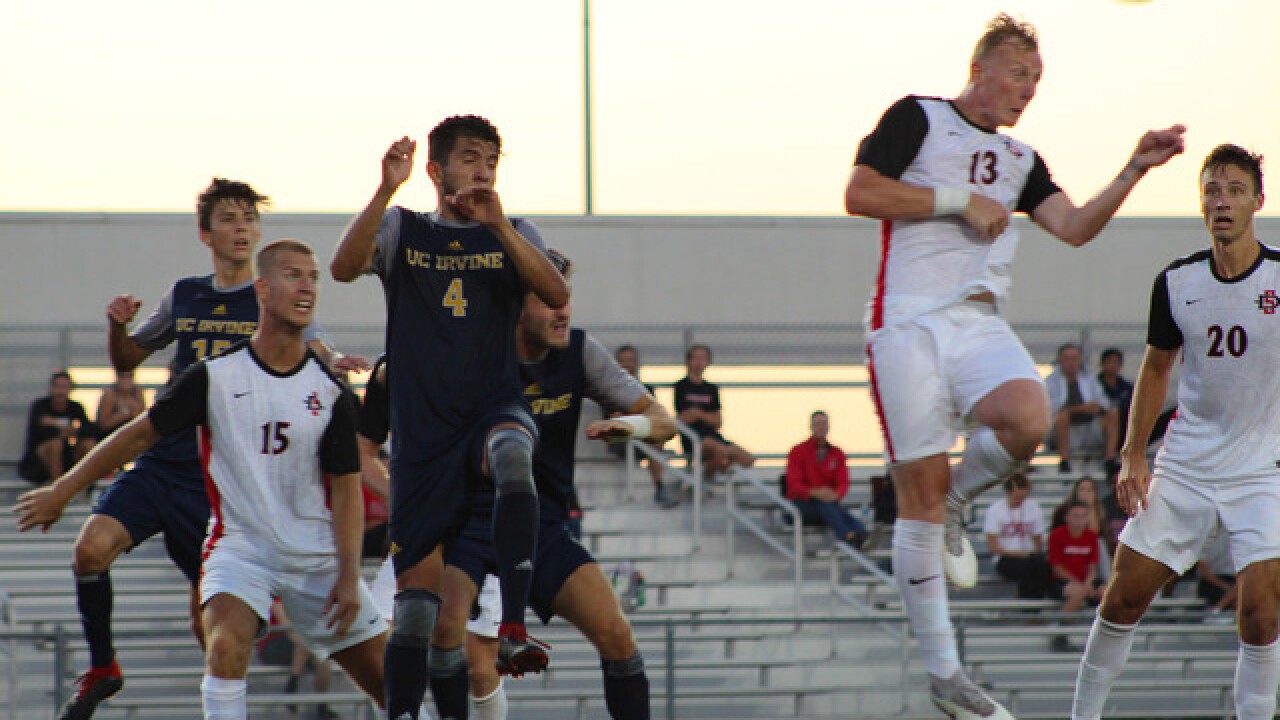 The Daily Aztec
Abraham Jewett
<p>Junior defender Miles Stray goes up for the game-tying header in the 85th minute of the Aztecs 2-1 victory over UC Irvine on Sept. 9 at SDSU Sports Deck.</p> 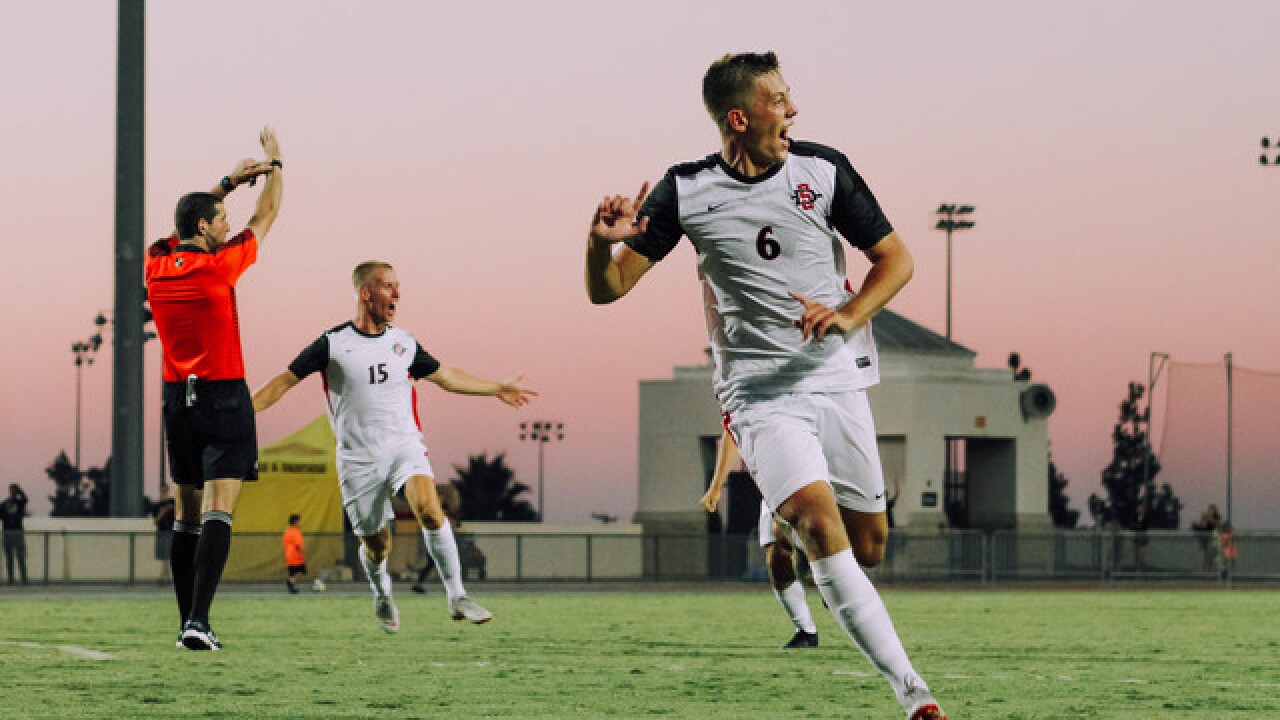 SDSU (2-2-1) fell behind early, but used two late goals to secure its fifth championship in the events 11 year history.

Head coach Lev Kirshner said the team was happy to come away victorious in the hometown tournament.

“Obviously we are super excited about winning our own tournament,” Kirshner said. “I hate giving the trophy to the other team, so that makes us very happy.”

The Aztecs trailed 1-0 until the 85th minute, when junior defender Miles Stray tied the game with a header off of a free kick from redshirt junior Pablo Pelaez.

“It’s an amazing feeling,” Stray said about his equalizer. “Pablo played a great ball in, I didn’t really have to do much; it was served on a spoon.”

Kirshner said capitalizing on dead ball opportunities, like SDSU did late in the game and in overtime, can determine a team’s season.