SDSU stifles Love but passing game torches defense in loss to No. 13 Stanford 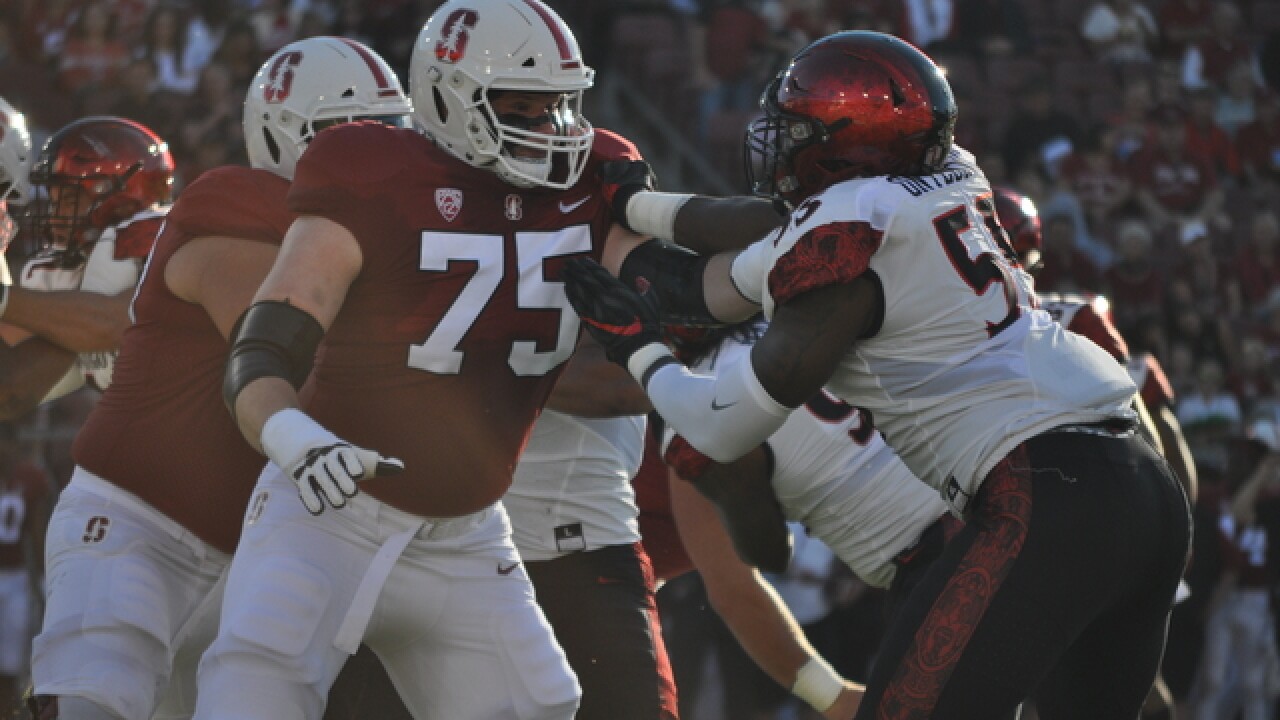 STANFORD (Daily Aztec) - San Diego State football was able to slow down Stanford University senior running back Bryce Love but could not contain the Cardinal passing attack as the defense got torched in their 31-10 defeat Friday night in Stanford.

Much of the talk coming into the season opener for the Aztecs was focused on stopping Love.

The Heisman candidate coming into the season was held to 29 yards on 18 attempts, averaging 1.6 yards per carry.

The Aztecs were successful in slowing Love down but left opportunities for the passing game.

“I’m from LA and he’s a local guy from California so I already knew he could pass,” Tezino said. “I knew he was highly recruited coming out of high school, so I knew about him. I told the whole team about him. We all knew, but that’s not what we expected him to come in and do. We expected them to feed Bryce Love.”

However, Costello and the passing game hurt the Aztecs’ chances of beating the Cardinal for a second year in a row.

SDSU head coach Rocky Long said his team made Stanford beat them through the air.

Click here to read full story on The Daily Aztec.