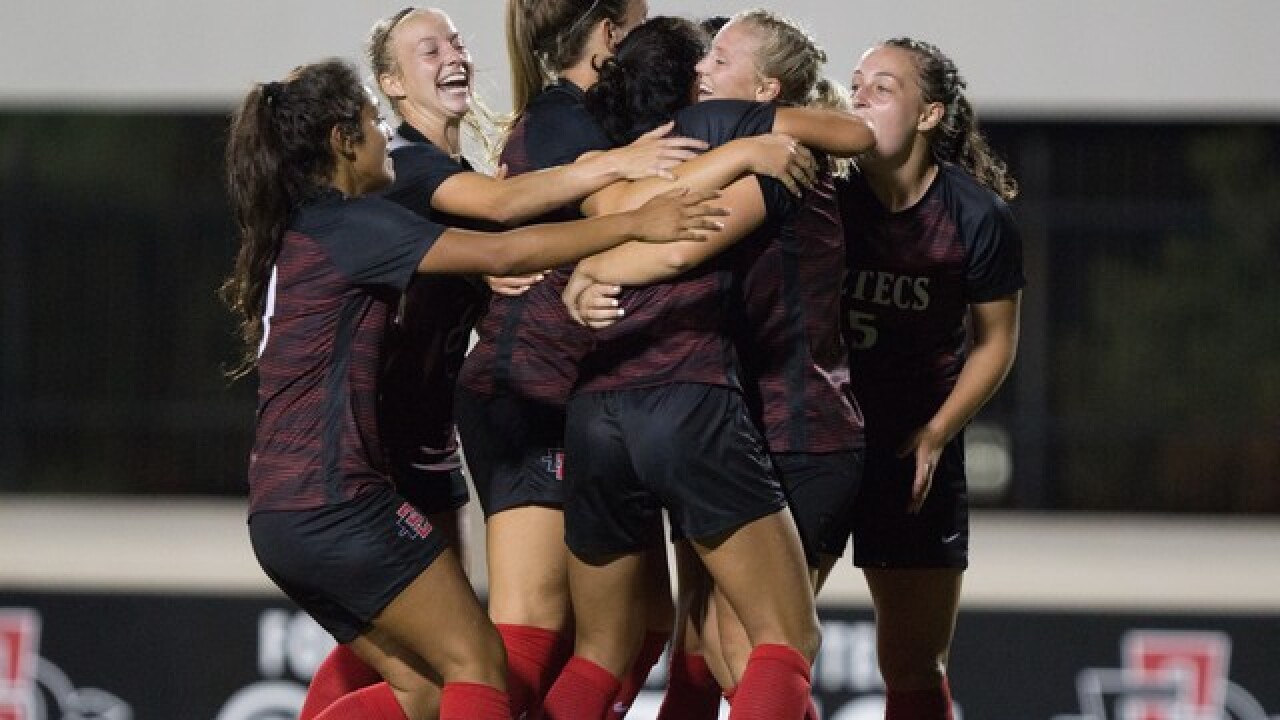 The Daily Aztec
Raymond Gorospe
<p>The Aztecs come together to celebrate after Yasmin Ahooja scored the go-ahead goal in the 73rd minute of SDSU’s 2-1 victory over Wyoming on Sept. 21 at the SDSU Sports Deck.</p> 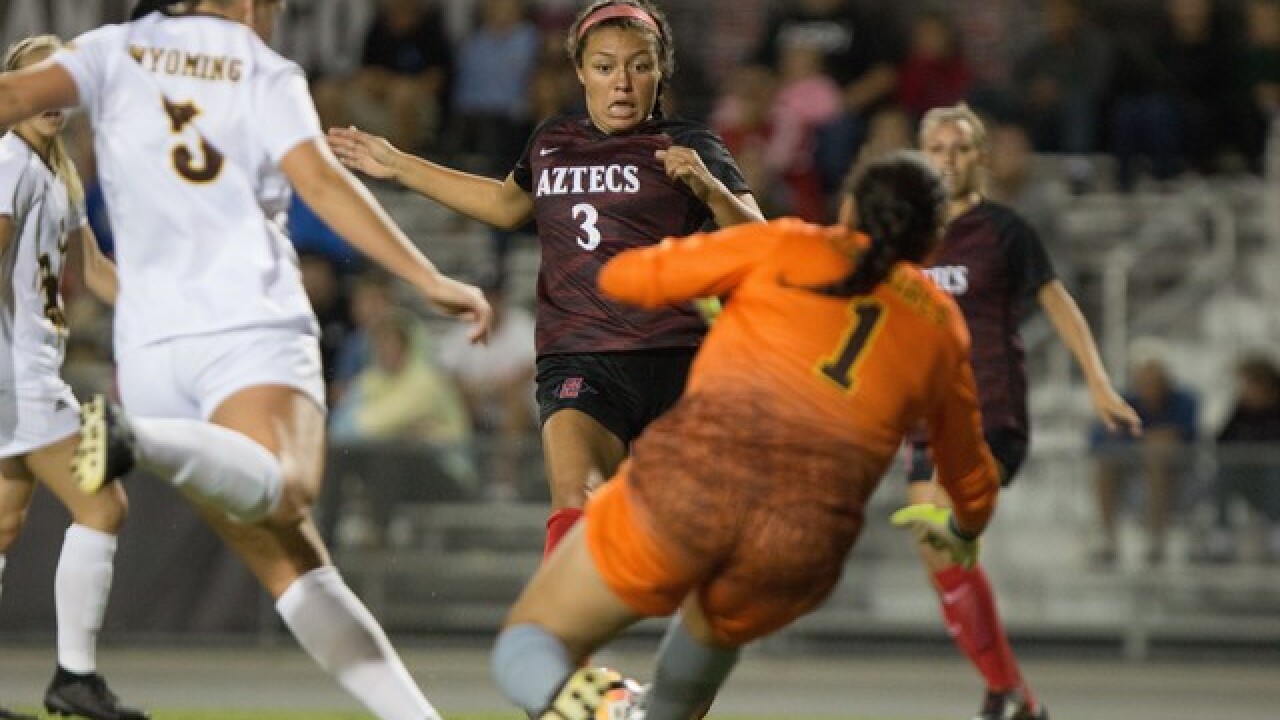 SDSU (3-6, 1-0 MW) trailed by a goal heading into the break, but broke through for two goals in a four-minute span in the second half to end a three-game losing streak and start conference play unblemished.

Head coach Mike Friesen said it was good to start conference play off with a win.

The winning goal came in the 73rd minute off the foot of junior midfielder Yasmin Ahooja, who was able to send a pass from sophomore defender Sarah Broacha into the back of the net after finding her way into the middle of the box.

The goal was the first of Ahooja’s collegiate career, and came only 11 minutes after she was subbed into the game for the first time.

Ahooja said she recognized a scoring opportunity was coming, and that her objective coming off the bench was to be in position to get off a quality shot.

“I saw my teammates sprinting, and a big point on our team recently has been to get in the box and to get shots off,” Ahooja said. “Off the bench (the) first thing in my head was go shoot on target.”