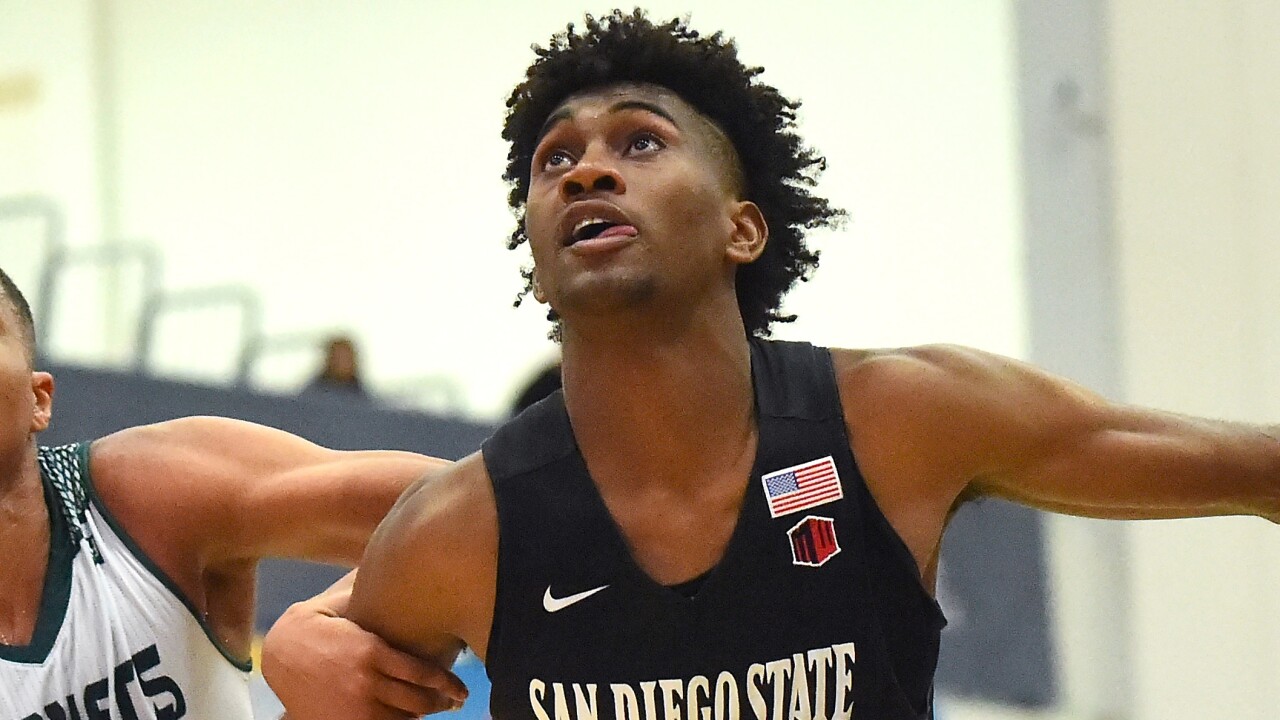 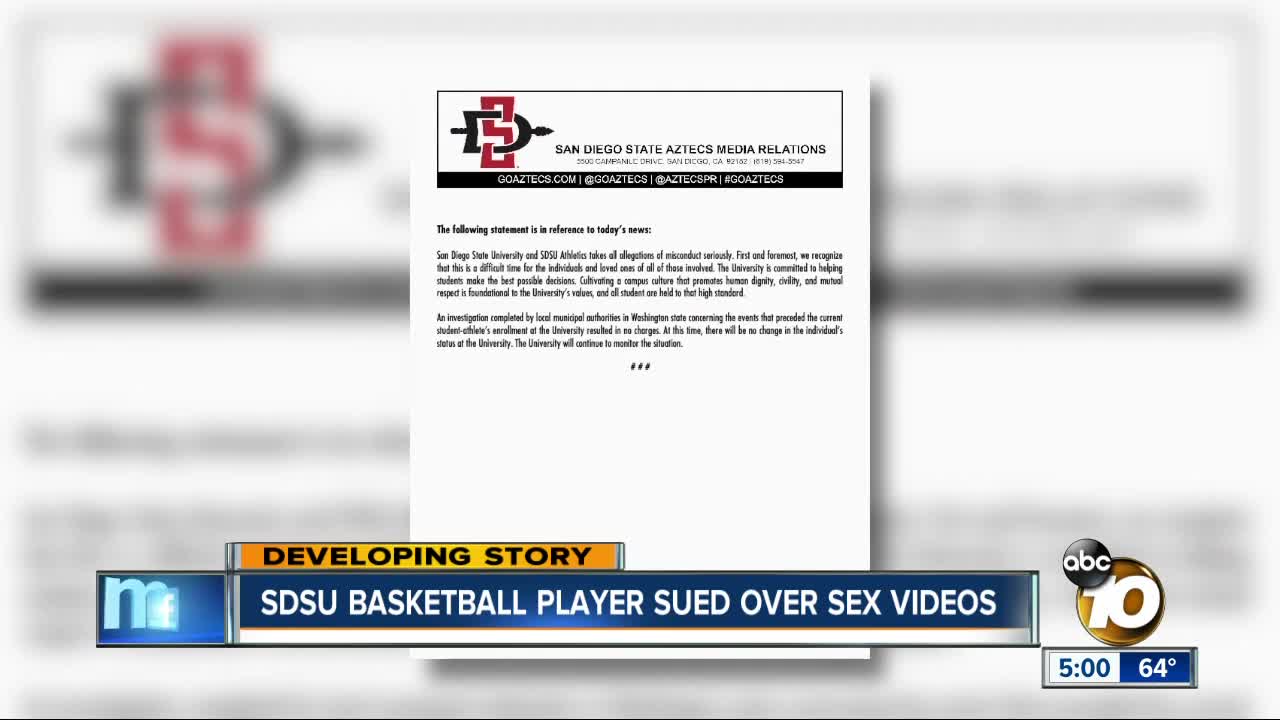 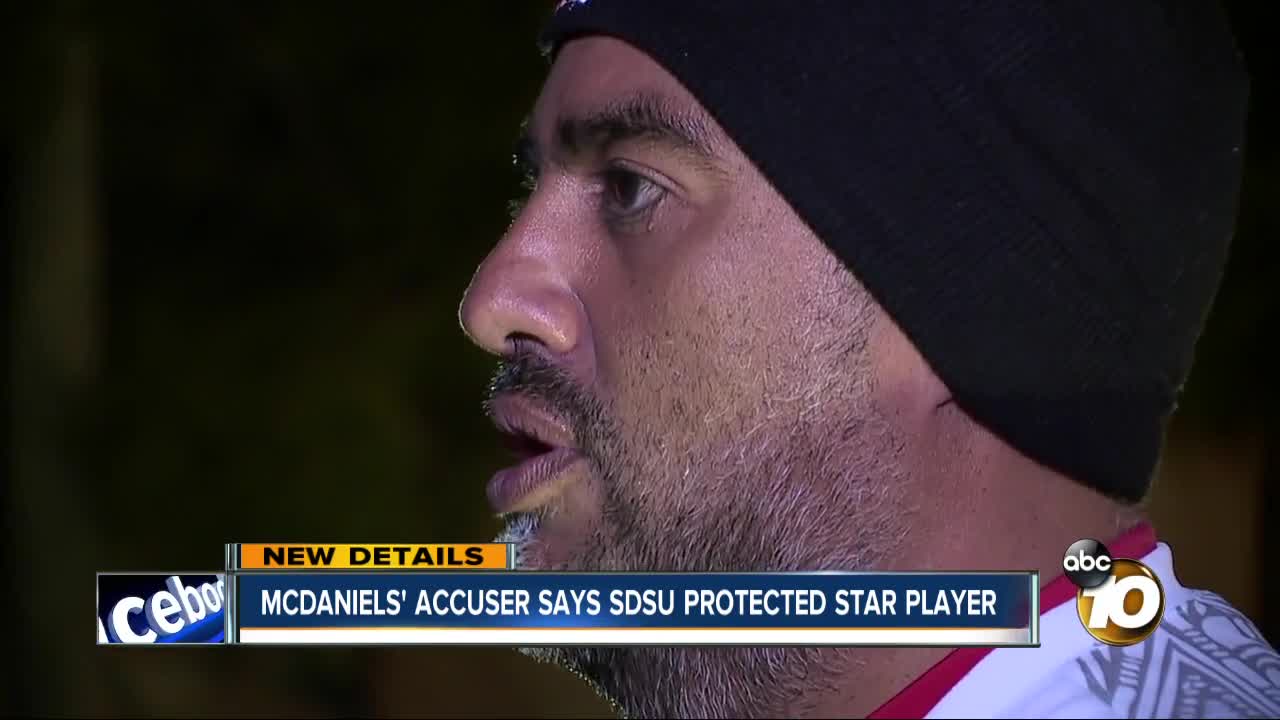 SAN DIEGO (KGTV) — Jalen McDaniels, San Diego State University basketball's sophomore forward, was accused of filming consensual sex acts with a classmate in 2016 without her knowledge and sharing it with friends, according to a civil lawsuit filed Wednesday in Washington.

The civil suit alleges McDaniels recorded the intimate moments with an 18-year-old female student while they were both seniors at Federal Way High School near Tacoma, Wash.

The lawsuit goes on to say while McDaniels later told the plaintiff about the unauthorized recordings and that he had shared it with his friends, she learned from other students that the video became widely circulated.

When she confronted McDaniels, he explained he had gotten away with a similar incident involving another female student, according to the lawsuit.

The plaintiff's attorney, Joan Mell, who filed the suit, wrote her client has suffered from several self-destructive behaviors as a result, including attempting suicide.

SDSU is accused of wrongdoing in the lawsuit as well.

Mell alleges in the lawsuit that SDSU was contacted by Washington police to provide them with McDaniels' phone number, but failed to do so. The suit says SDSU, instead, alerted former basketball coach Steve Fisher, who secured McDaniels a lawyer, and McDaniels refused to cooperate.

The suit goes on to allege McDaniels' refusal to cooperate and, "that others concealed his wrongdoing prevented prompt criminal investigation and referral to the prosecutor's office for timely filing of criminal charges under Washington’s criminal offense of distribution of intimate images."

In a statement, SDSU said there would be "no change in [McDaniels'] status at the university" at this time, after an investigation by Washington authorities resulted in no charges before McDaniels' enrollment at the school:

"San Diego State University and SDSU Athletics takes all allegations of misconduct seriously. First and foremost, we recognize that this is a difficult time for the individuals and loved ones of all of those involved. The University is committed to helping students make the best possible decisions. Cultivating a campus culture that promotes human dignity, civility, and mutual respect is foundational to the University’s values, and all student are held to that high standard. An investigation completed by local municipal authorities in Washington state concerning the events that preceded the current student-athlete’s enrollment at the University resulted in no charges. At this time, there will be no change in the individual’s status at the University. The University will continue to monitor the situation."

King County's Prosecuting Attorney's Office told 10News the case was submitted under charges of voyeurism, but there was not enough evidence to support the claim.