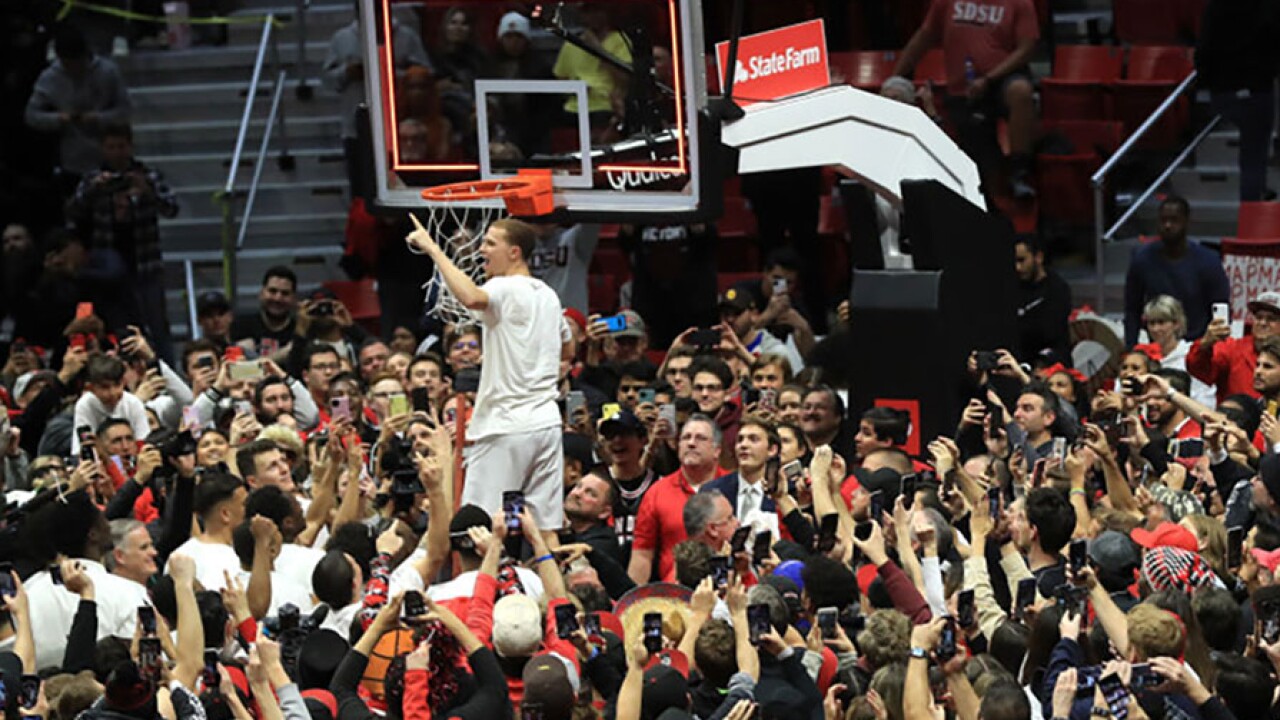 Sean M. Haffey/Getty Images
SAN DIEGO, CALIFORNIA - FEBRUARY 11: Malachi Flynn #22 of the San Diego State Aztecs cuts a piece of the net after defeating New Mexico Lobos 82-59 in a game at Viejas Arena on February 11, 2020 in San Diego, California. San Diego State Aztecs moves to 25-0 for the season and clinched a share of the Mouintain West Championship. (Photo by Sean M. Haffey/Getty Images)

(AP) -- Junior forward Matt Mitchell had 22 points and 12 rebounds for his first career double-double and scored his 1,000th point for No. 4 San Diego State, which beat New Mexico 82-59 to win the Mountain West Conference championship.

The Aztecs remain the nation's only undefeated team, improving their record to 25-0.

Yanni Wetzell added 20 points and nine rebounds for the Aztecs.

SDSU clinched at least a share of the title in the first half when Utah State beat Colorado State, then won it outright with a suffocating defense that held New Mexico to 26 points in the second half.