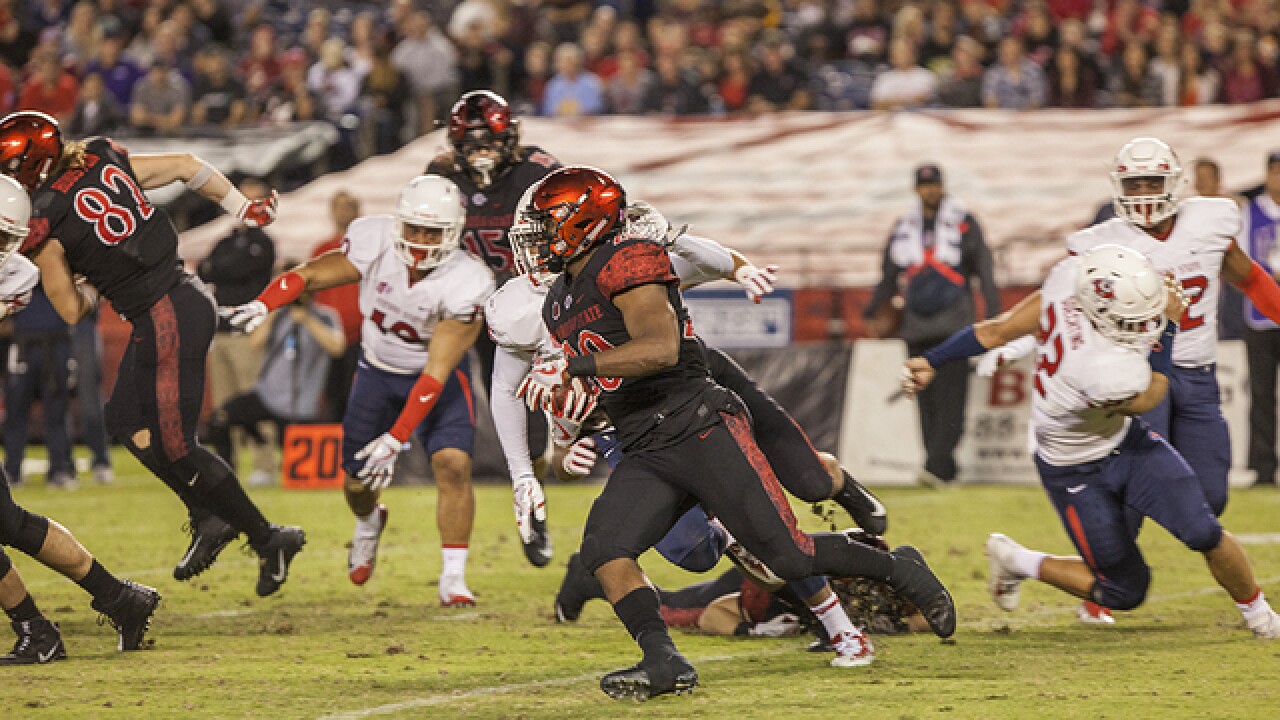 What a difference two weeks can make in the wild Mountain West Conference.

After a short hiatus, San Diego State football has officially rediscovered its ground magic, rushing for a program-record 554 yards in a 52-7 win over San Jose State University.

One week removed from a 334-yard rushing performance against the University of Hawaii, eight different Aztecs recorded a rush – and three recorded a score – in their most lopsided victory of the season.

For comparison, SDSU attempted only seven passes for 94 yards and one eight-yard touchdown.

This was in stark contrast to SDSU's losses to Fresno State University and Boise State University, in which the two-time defending Mountain West champions were held to a total of 248 yards rushing and were outgained in each contest.

The Aztecs are now 8-2 on the season and 4-2 in MW play, still one game behind Fresno in the West Division.

Senior running back Rashaad Penny had his second straight 200-yard game, rushing for 234 yards on only 20 carries to take back the FBS lead in rushing yards from senior Stanford back Bryce Love.

SDSU offensive coordinator Jeff Horton fed Penny from the onset, giving him eight carries – the last of which was a 13-yard score – on the Aztecs' 11-play opening drive.

He followed that up with an 82-yard touchdown on the first play of the next drive, his second longest rushing score of the season.

Sophomore back Juwan Washington, who gained a career-high 134 yards, split carries with Penny, taking over on the next series giving SDSU a 21-0 lead on a one-yard touchdown.