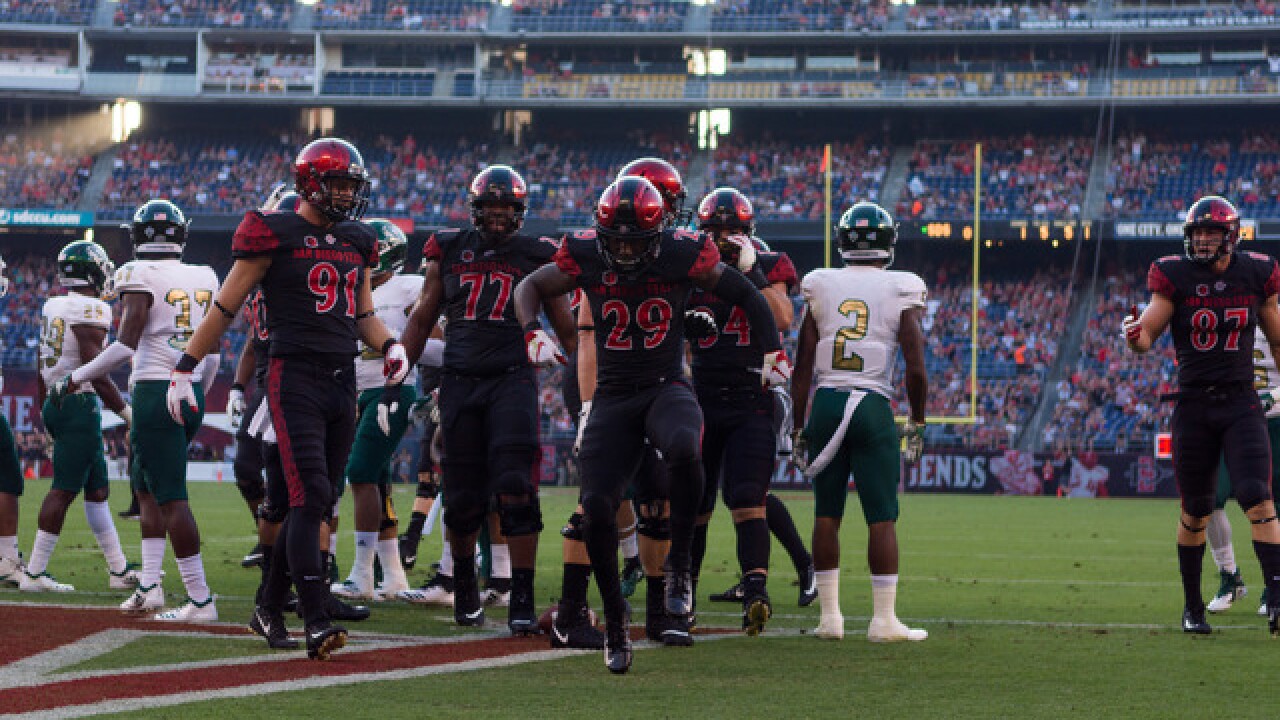 The Daily Aztec
Raymond Gorospe
<p>Juwan Washington celebrates after scoring the first of his career-high three touchdowns during the Aztecs 28-14 victory over Sacramento State on Sept. 8 at SDCCU Stadium.</p>

SDSU (1-1) trailed 14-13 going into the final quarter, but two late rush touchdowns from junior running back Juwan Washington, including the game-winner with 4:05 to play, helped put away the visiting Hornets.

Washington, who finished with 156 yards on the ground on 36 carries along with a career-high three touchdowns, said the team was able to withstand a good effort from Sacramento State (1-1).

“They came out and played a real physical game. We tried to come back with some punches and they were throwing punches, so we just kept going the whole game,” Washington said. “I think they kind of weared down a little bit towards the end. We were able to finish.”

SDSU overcame losing senior quarterback Christian Chapman, who got knocked out of the game in the second quarter after Hornets sophomore defensive end David Perales went low on a tackle.

Head coach Rocky Long said the Aztecs fought through adversity and did not fall apart after losing their starting quarterback.

“There’s a lot of teams in this world that give in and lose,” Long said. “We didn’t give in. We lost our starting quarterback and didn’t give in. That’s a pretty good sign for the kind of character we have on the team.”

Perales was called for roughing the passer on the play, and Chapman laid on his backside for several minutes before he was helped off.