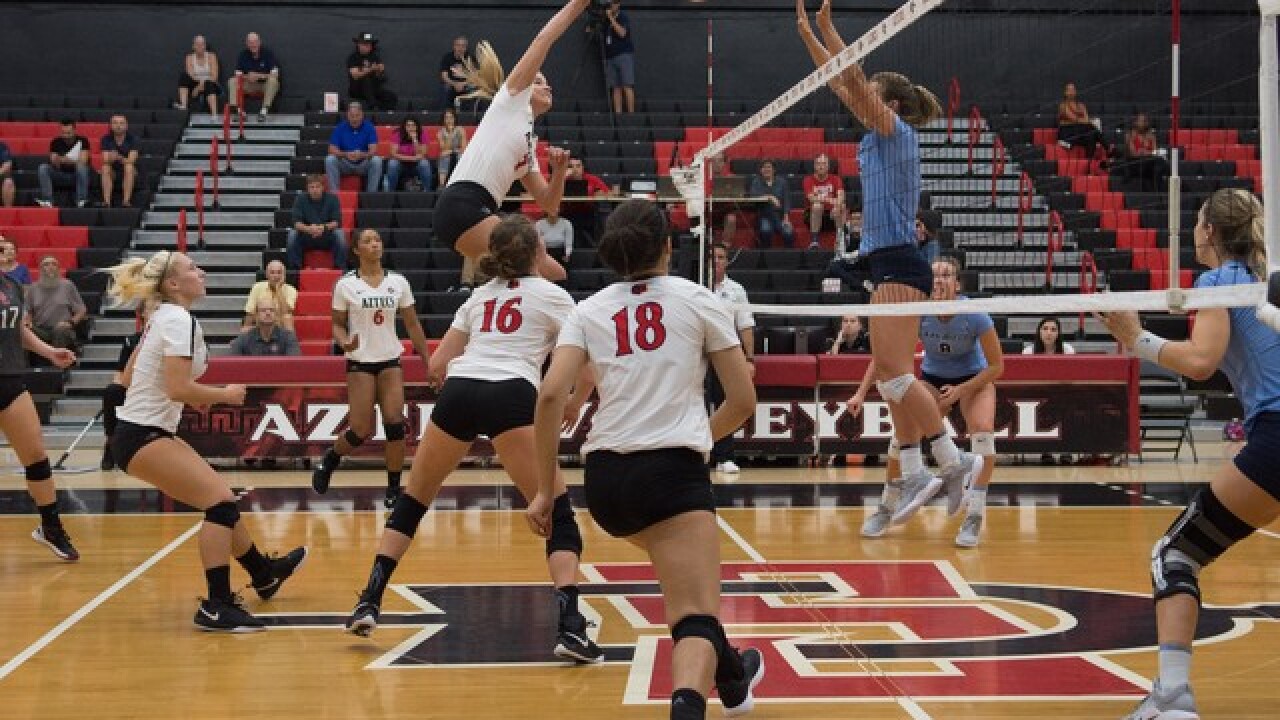 The Daily Aztec
Raymond Gorospe
<p>Junior outside hitter Hannah Turnlund finishes off a spike attempt during the Aztecs three-set victory over San Diego on Oct. 2 at Peterson Gym.</p>

Following a 13-game losing streak, the Aztecs have now won their second game in a row. Head coach Deitre Collins-Parker said it is nice to see her team’s hard work result in wins.

“As a coach, the only thing you want from your players is to reap the rewards of the work that they put in every day,” she said. “The confidence that they have now moving forward after these two wins is really important.”

The win was the Aztecs first against USD since 2012, and their first three-set sweep of their crosstown rivals since 1999.

“We definitely want to be the best team in San Diego,” she said. “ We’ve always had that chip on our shoulder when it comes to our cross-city rivals, it was a very significant win for us.”

Harris said the team’s consistency is what led them to victory.

“A volleyball game is so quick, the momentum could switch in a second,” she said. “We stayed consistent, we didn’t have our highs and our lows, we just stayed consistent, calm and collected. And that’s why we got the dub tonight.”