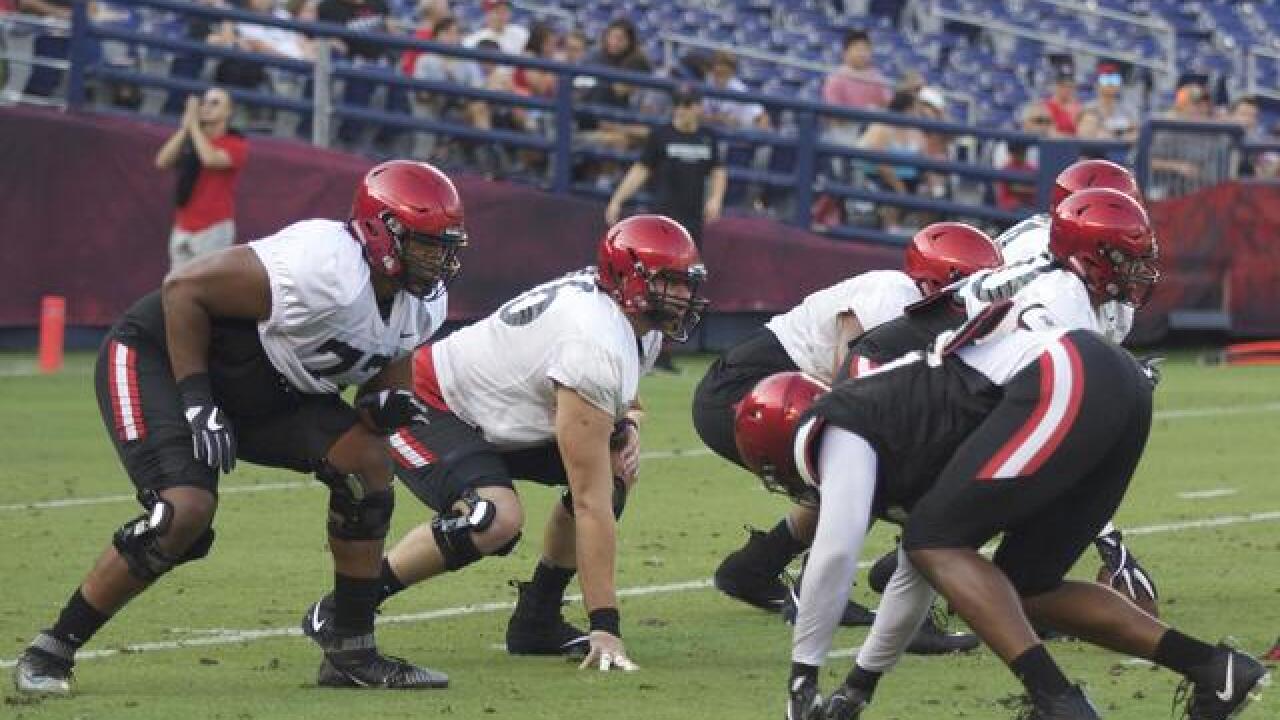 In each of the last two seasons, the Aztecs have rushed for over 2,000 yards, the only FBS school in history to do so.

SDSU operates out of a pro-style offense that places emphasis on running between the tackles, so having a stout offensive line is key.

Last year, the offensive line paved the way for Rashaad Penny, who led the nation with 2,248 rushing yards despite running behind a line which included five different first-time starters.

Coming into the 2018 campaign, the Aztecs offensive line will have gained another year of experience, and head coach Rocky Long said they are now one of the team’s biggest strengths.

“They’re not young anymore,” Long said. “I think that’s one of the strengths of our team. They had a lot of ups and downs last year, but toward the end of the year, they were a pretty good unit and they’re all back, so we ought to be real good there.”

Ismael said playing against top-notch competition, such as Pac-12 teams Stanford and Arizona State, pushed the offensive line to grow and get better.

“We got tested a lot of times: seniors, all-conference Pac-12 players, all-Americans, we’ve played against them,” Ismael said. “We didn’t shy down and we never do, and I feel that’s a big part of the culture we have here at State, to compete as hard as we can.”