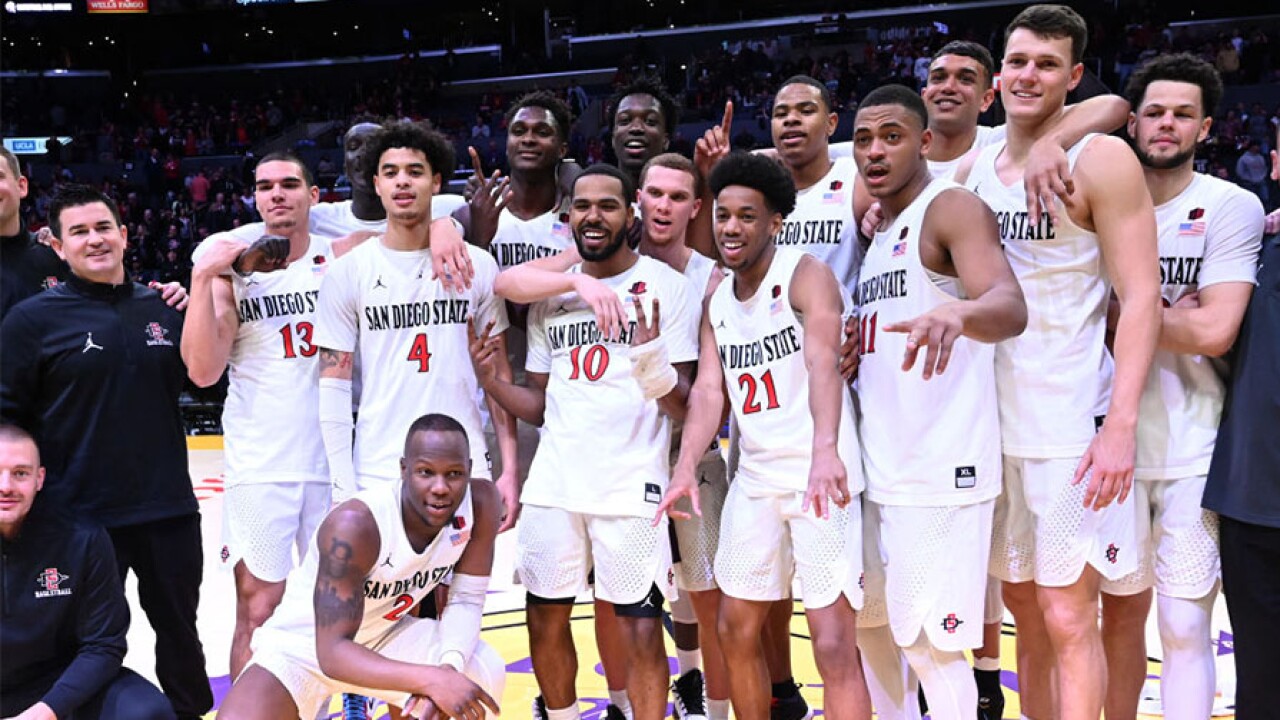 Two weeks after breaking into the Associated Press Top 25 for the first time since 2015, the Aztecs have since jumped 10 spots, landing at No. 15 in the newest poll released on Dec. 23.

SDSU capped an unbeaten week, defeating San Diego Christian at home on Dec. 18 and routing Utah at the Basketball Hall of Fame Classic in Los Angeles on Dec. 21.

The victory over Utah carries some significance as the Utes were coming off an upset win over then-No. 6 Kentucky.

At 12-0, the Aztecs join Auburn, Duquesne and Liberty as the only undefeated Division I teams.

San Diego State hopes to remain perfect when they next take the court at home on Dec. 28 against Cal Poly.