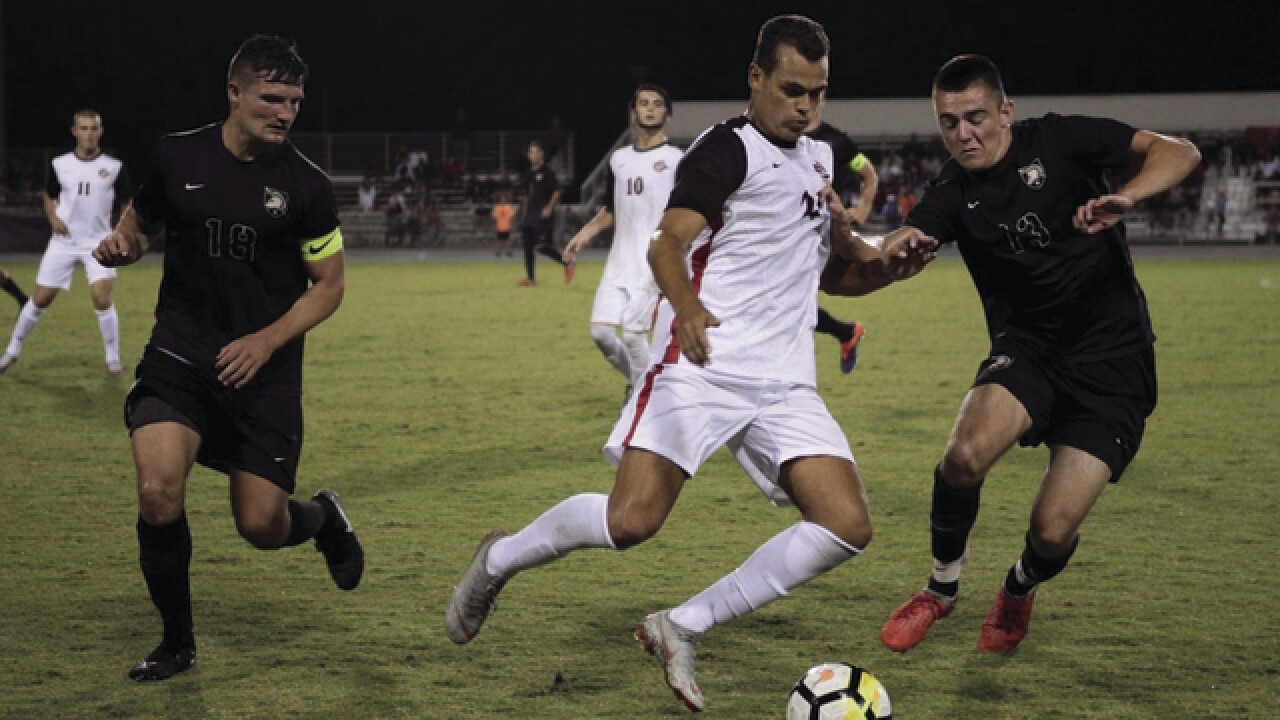 The Daily Aztec
Raymond Gorospe
<p>Sophomore midfielder Tevenn Roux dribbles the ball between two Army players during the Aztecs 2-1 loss to Army on Sept. 1 at the SDSU Sports Deck.</p>

This was just the second time in school history that SDSU faced the Black Knights.

Head coach Lev Kirshner said that the Aztecs were unable to recover after losing an early 1-0 lead.

“Unfortunately on our side we did not recover well enough,” Kirshner said. “We lost control of the game.”

The Aztecs had opportunities to equalize in the final minutes, but were unable to salvage any points.

“We just got ourselves into a position, not to be able to finish off a couple of the chances in the end to equalize,” Kirshner said.

SDSU’s lone goal came from junior midfielder Pablo Pelaez, after sophomore midfielder Keegan Kelly crossed a ball from the left wing to the far post, which Pelaez connected for a one touch goal in the 22nd minute.

“I ran into the box and saw Keegan had a perfect pass to me, and I was wide open so thankfully I was there to finish it,” Pelaez said.

The Black Knights leveled the score in the 58th minute, when junior forward Keenan O’Shea capitalized off a penalty kick in the box.