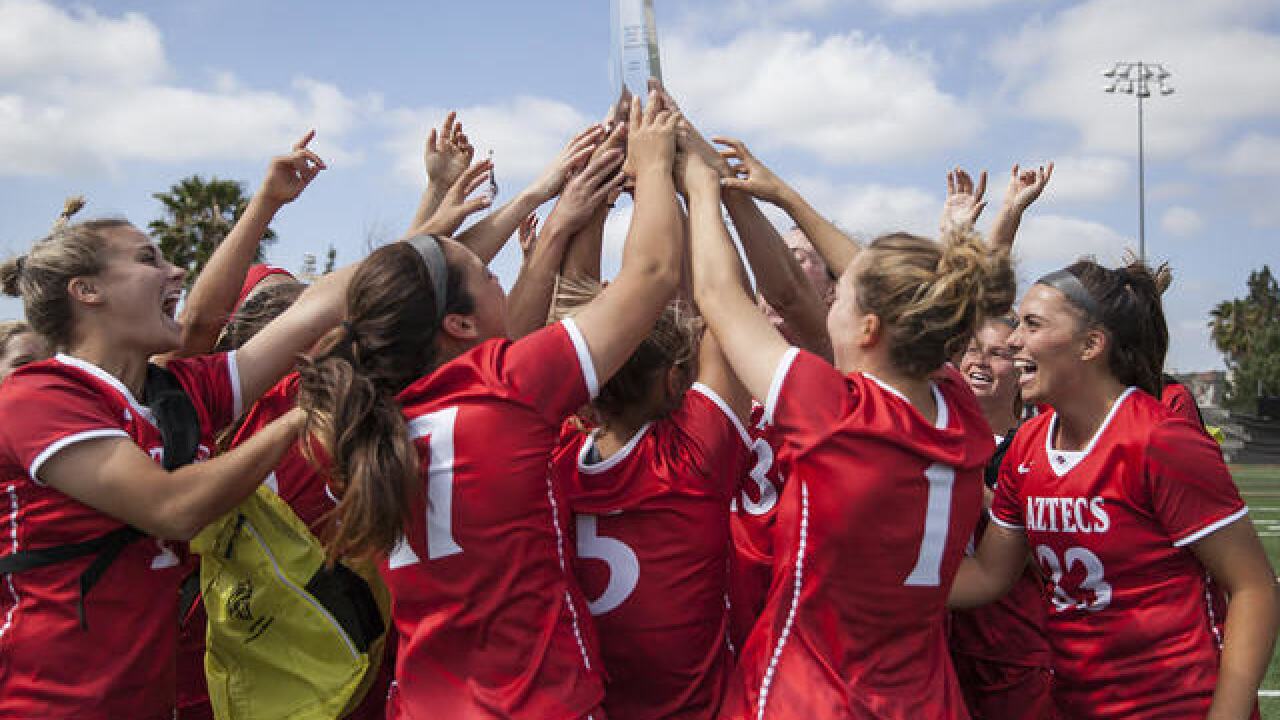 After nearly five minutes of treatment, the redshirt sophomore who started 18 games for SDSU this season was carted off Aztec Lacrosse Field with an ankle injury.

The Aztecs called on sophomore goalkeeper Amanda Stapp, whose only start of the season came against the same Davis squad back on April 8.

In that game, the Aggies scored seven unanswered goals in the second half to win 15-9 on the Aztecs home turf.

This time, SDSU entered the second half leading 8-5, but had allowed four straight Davis goals to fall behind 9-8.

After two SDSU goals and a Davis equalizer, Stapp was determined to not let history repeat itself, and made the championship-saving stop with 11 seconds left to send the game to extra time.

“(Stapp) stepped out on the field and she knew she had a job to do and she looked confident. Going in, looking in her eyes, you knew that she was gonna play big for us,” head coach Kylee White said. “She stepped up and I was so proud of how she made those saves and turned it around for us.”

Sophomore midfielder Morgan Taylor then scored the golden goal 23 seconds into the overtime period, firing a shot past junior goalkeeper Grace Richards to give the Aztecs a 11-10 victory and their first-ever conference championship.