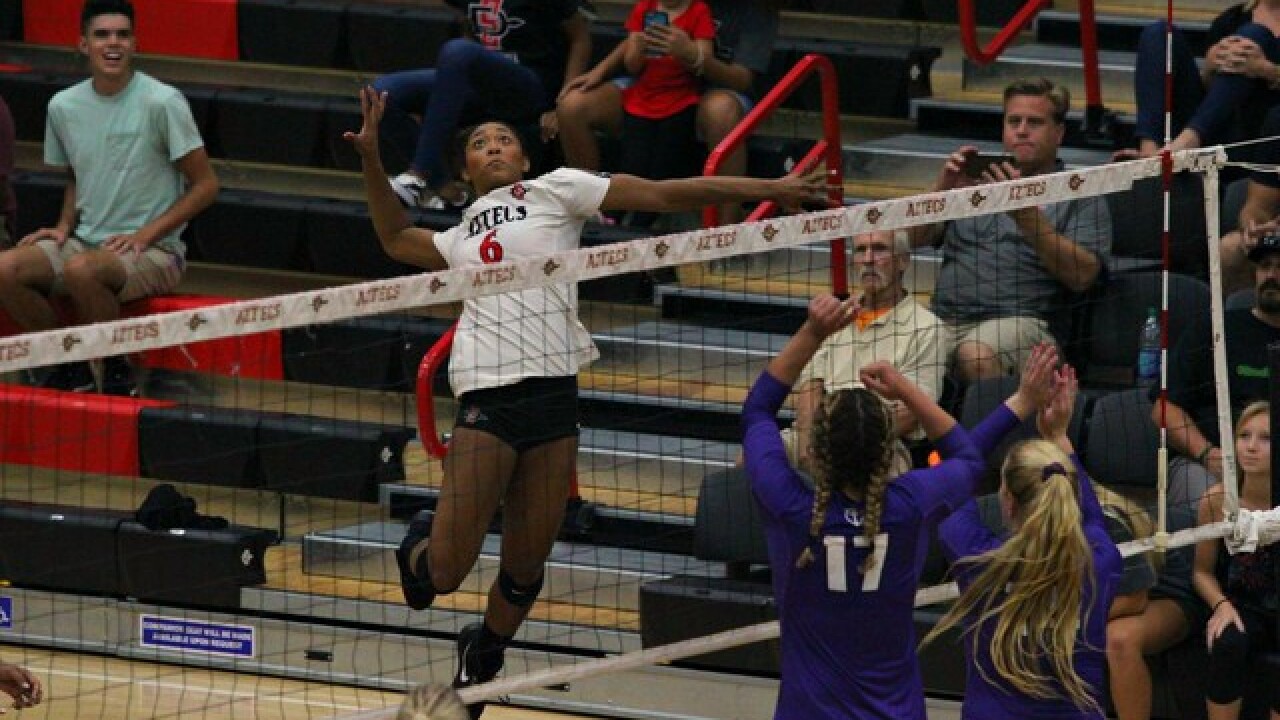 The Daily Aztec
Abraham Jewett
<p>Junior outside hitter Ashlynn Dunbar goes up to strike the ball during the Aztecs 3-1 loss to Portland at Peterson Gym on Aug. 25.</p>

Junior outside hitter Ashlynn Dunbar led the Aztecs with a career-high 22 kills, but the team could not overcome falling behind two sets to a Portland team which won all three of its games during the invitational.

“Tonight was tough, it was a tough loss because this whole weekend we were pushing and we were improving and it’s hard,” Dunbar said.

The Aztecs were finally able to break through in the third set, handing Portland (3-0) its first set loss of the season.