SDSU escapes with 28-21 victory over No. 23 Arizona State 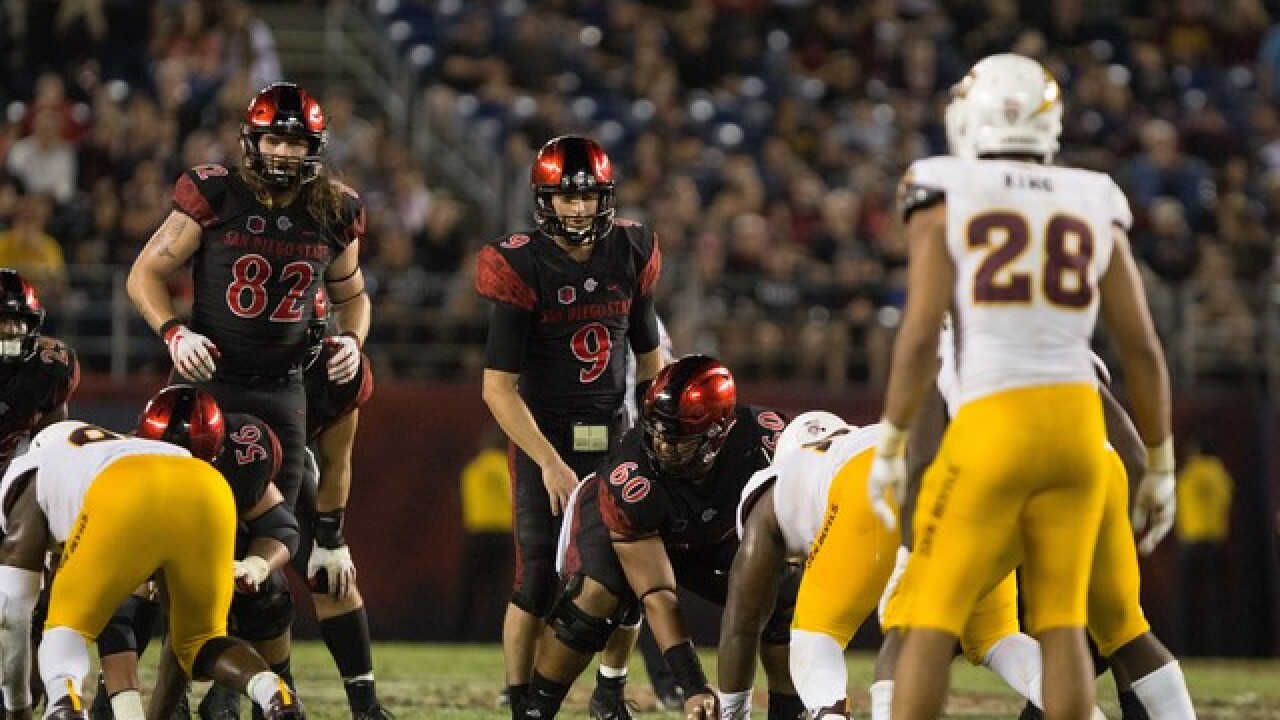 The Daily Aztec
Raymond Gorospe
<p>Redshirt junior quarterback Ryan Agnew prepares to take a snap from under center during the Aztecs 28-21 victory over Arizona State on Sept. 15 at SDCCU Stadium.</p>

The Aztecs (2-1) allowed only a late fourth quarter touchdown to ASU, who did not record a second half first down until just over four minutes left in the game and after SDSU had pulled away with 14 unanswered points.

The Sun Devils (2-1) would not go away, however, and after pulling within a touchdown had one final chance to tie the game after SDSU sophomore running back Chase Jasmin fumbled the ball away with 43 seconds left while attempting to stretch out a would-be game sealing run.

ASU made it to midfield, but following three incompletions faced a fourth-and-10 with 13 seconds left. Redshirt senior quarterback Manny Wilkins lobbed a pass down field and initially appeared to connect with redshirt sophomore wide receiver Frank Darby on a 48 yard catch to the two-yard line, but after a review it was determined the ball hit the ground.

Sophomore warrior Trenton Thompson delivered a big hit on the play, but was called for targeting, which set up the Sun Devils on the Aztecs 45-yard line with six seconds left.

ASU’s last second heave from Wilkins was then deflected into the turf by senior safety Parker Baldwin, sealing a SDSU victory.

Head coach Rocky Long said the Aztecs were the best team on the field tonight and cut it too close at the end.