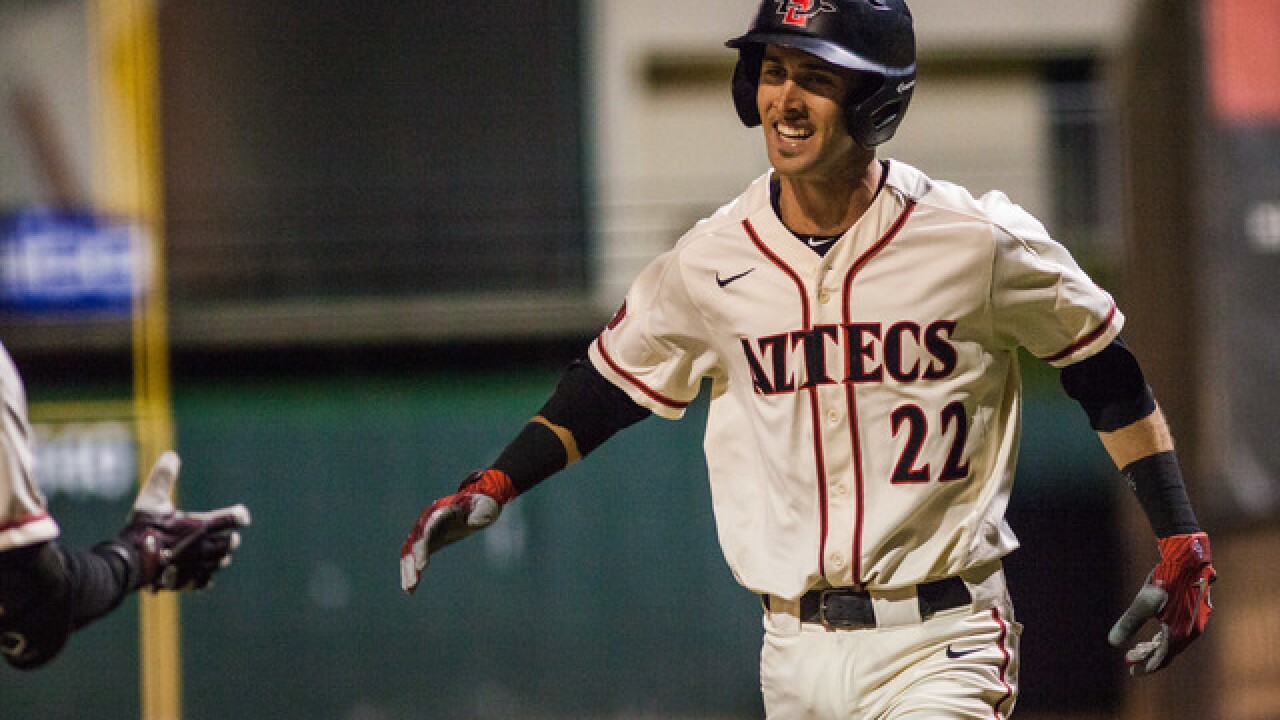 Kelly Smiley
Kelly Smiley
<p>Senior infielder David Hensley celebrates after hitting a sacrifice fly during the Aztecs two-run seventh inning in a 2-1 victory over San Jose State on May 24 at Tony Gwynn Stadium.</p>

“It was great baseball, it was hard for me to watch, but we’re very fortunate to get out of here with a win,” head coach Mark Martinez said.

No. 2-seed SDSU now moves on to play No. 4-seed UNLV tomorrow in the winner’s bracket, and Martinez said that the win puts the Aztecs in a fortuitous spot moving forward.

“I think you have to win the opening round,” he said. “It kind of gets yourself in a position to have the opportunity to get into Saturday and the championship round.”

SDSU trailed 1-0 late, but was able to break through on offense with a two-run seventh inning which included three hits and a game-winning RBI by senior outfielder Chase Calabuig.

“It was an all around effort, pitching was amazing set us up in that position,” Calabuig said. “There was a lot of ways that game could have gone wrong, and they held us in there tight, but in the seventh inning there (we) just battled.”

Hill and Mitchell were named Co-Mountain West Pitcher's of the Year following the end of the regular season.