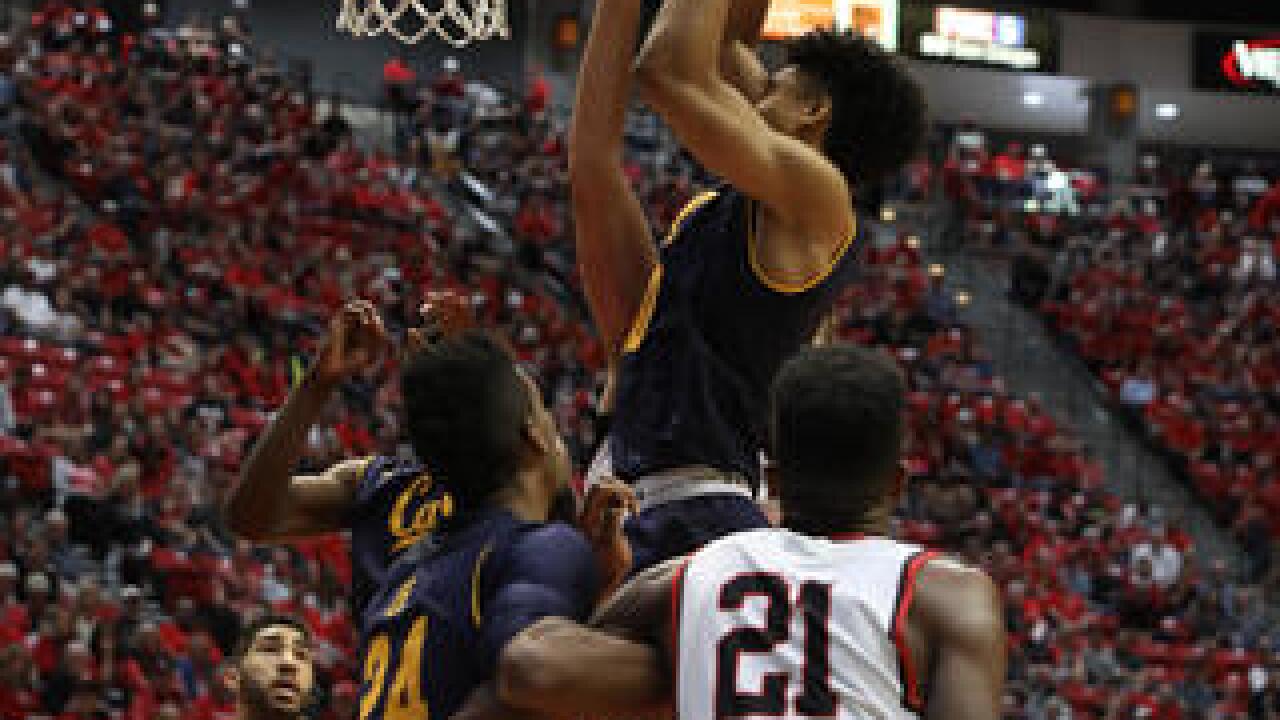 In the end it was just not meant to be.

A combination of poor three-point shooting and a letdown in the game’s final minute spelled doom for San Diego State men’s basketball, which fell 63-62 to the University of California, Berkeley, in front of a raucous crowd at Viejas Arena.

The Aztecs (7-3) trailed by as many as 14 points in the second half, and looked poised to finish off a dramatic comeback after a free throw from junior guard Jeremy Hemsley gave the Aztecs a 62-58 lead with 50 seconds to play.

Cal (4-6) would score the final five points of the game, however, and delivered the knockout blow after two free throws from freshman guard Juhwan Harris-Dyson gave the Golden Bears a 63-62 lead with eight seconds left.