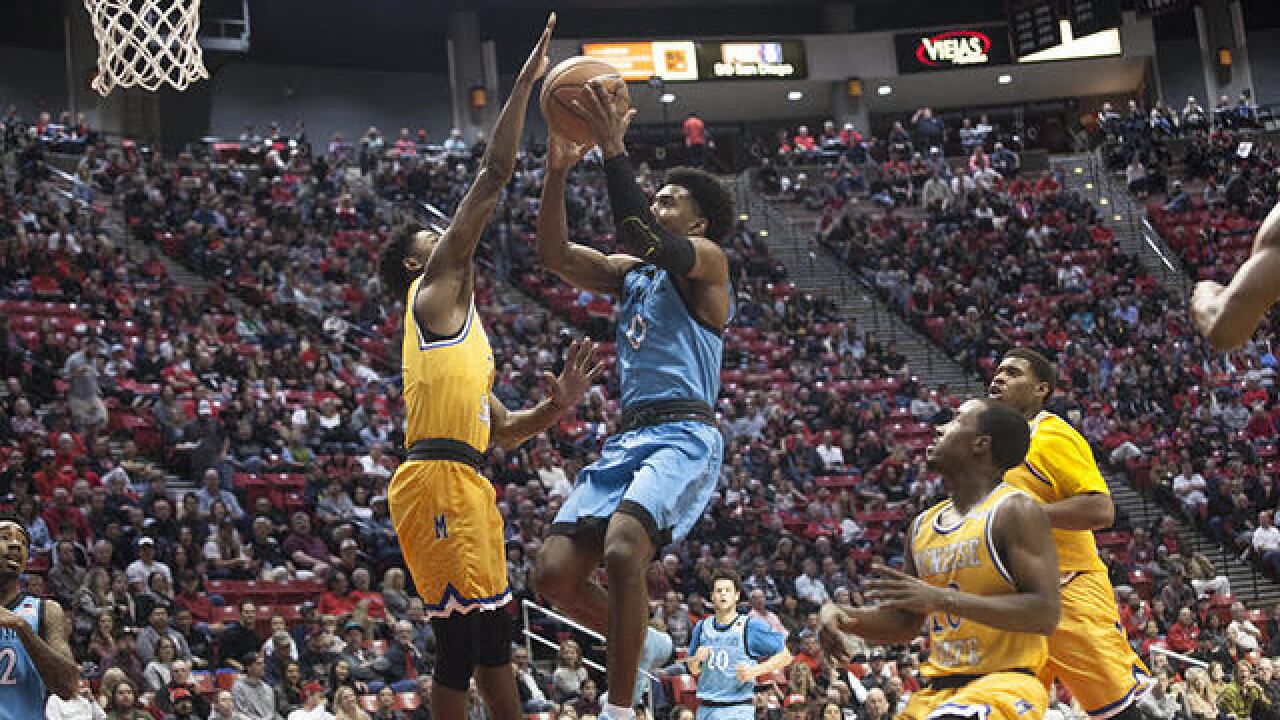 SAN DIEGO (Daily Aztec) -  San Diego State men’s basketball jumped out to a big first half lead against visiting McNeese State University, and came away with an emphatic 83-52 victory to move to 2-1 on the season.

SDSU scored the first nine points, and after a McNeese run made the score 13-11, the Aztecs scored 33 of the next 41 points to go into halftime with a 46-19 lead.

The Aztecs never trailed in the game, and were led by junior guard Devin Watson, who topped all scorers with 20 points to go with eight assists and four rebounds.

“He plays with a swagger about him, he’s confident, he wants to win in everything,” Dutcher said. “He’s got a winning attitude and he’s got a little toughness about him, when he’s out there playing well he makes everybody better.”