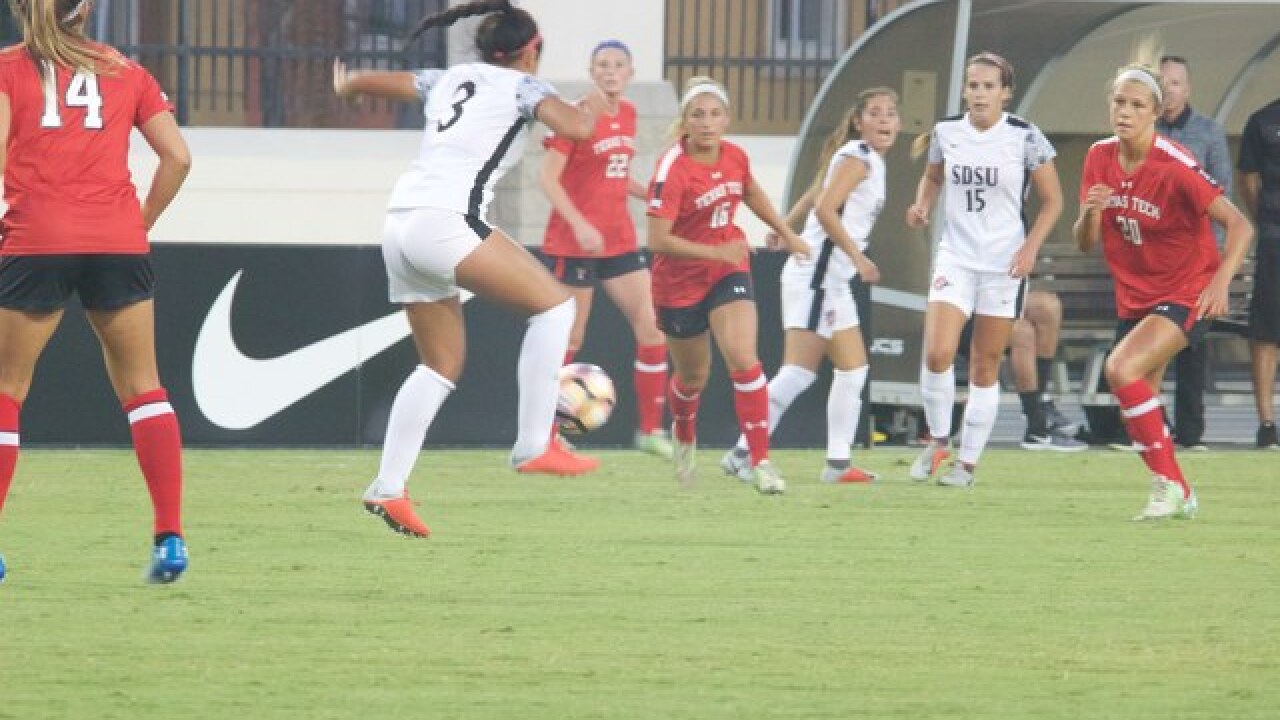 The Daily Aztec
Abraham Jewett
<p>Freshman forward Taylor Moorehead handles the ball during the Aztecs 2-1 loss to Texas Tech on Aug. 24 at the SDSU Sports Deck.</p>

The team’s met for the third straight season, and the loss kept the Aztecs winless against their Big 12 Conference foe.

SDSU head coach Mike Friesen said that despite the loss, it benefits the team in the long run to play high quality opponents like the Red Raiders.

“We play the top teams we possibly can and we do not back down from anybody,” Friesen said. “All players are gaining experience and we are confident in what we do in each game that helps the team grow, so we can be where we want to be at the end of the year.”

Texas Tech (3-0) scored its first goal just over one minute into the game, after junior forward Jade King sunk a shot from four yards out off an assist from freshman forward Charlotte Teeter.

The Red Raiders lead then grew to 2-0 in the 34th minute after sophomore forward Kirsten Davis got behind the Aztec defense and buried an unassisted goal in the left of the net.

The goals put SDSU (1-1) into a quick hole, which Friesen attributed to the team not coming out with the same aggressiveness as their opponent.

“We did not do a good enough job of reciprocating on their energy and attacking right away,” Friesen said.

Friesen said it was not until the second half that the team started to “mentally dig into the game.”