SDSU Aztecs to play home football games in 2021 in Carson 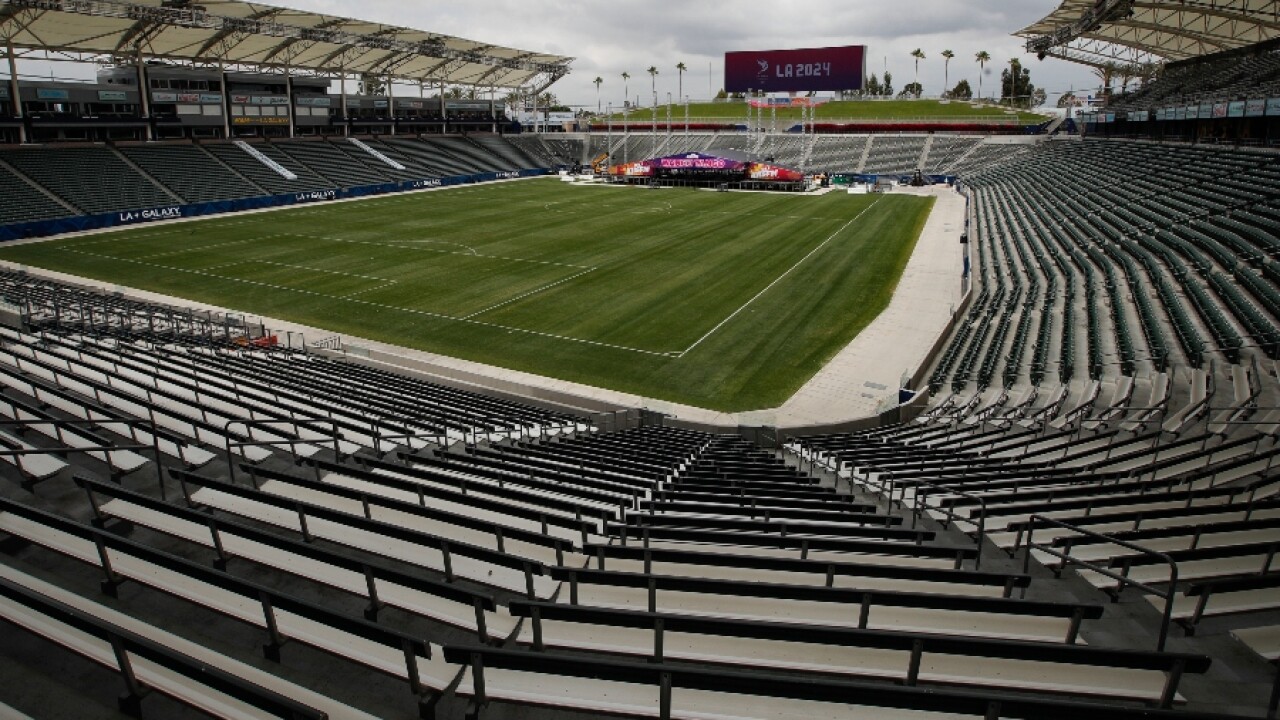 SAN DIEGO (KGTV) -- The San Diego State University Aztecs football team will play its 2021 home games in Carson due to construction of the team's new stadium in Mission Valley.

Dignity Health Sports Park in Carson will be the site for Aztec home matchups in the spring and fall of next year. Due to the COVID-19 pandemic, the Aztecs' 2020 football season was pushed into spring 2021.

Although the spring schedule has yet to be announced by the Mountain West Conference, the Aztecs' fall 2021 slate includes seven home games, including matchups with Utah, Boise State, Fresno State, New Mexico, Nevada, New Mexico State and Towson.

SDSU Athletic Director John David Wicker said, “Once the sale of the site was finalized with the city and we knew we could play football in Aztec Stadium in fall 2022, based on all the information we had gathered, it became clear the existing stadium had to come down in the first quarter of 2021. Our intention had been to play a final season in SDCCU Stadium. Unfortunately, COVID-19 has forced our hand and we must move the spring 2021 games as well.”

In a news release, the athletic department said: "SDCCU Stadium will be replaced by a new stadium as part of the SDSU Mission Valley project. In addition to a 35,000-seat state-of-the-art multipurpose stadium for Aztec football, the project also includes a vibrant, mixed-use development that is transit-oriented, and will expand the university’s educational, research, entrepreneurial, and technology transfer programs. SDSU Mission Valley will also include transit, retail, housing, and the development of more than 80 acres of community parks and open space, including the 34-acre River Park."

Construction on the new stadium site in Mission Valley is expected to be completed by fall 2022.

Opened in 2003, the 27,000-seat Dignity Health Sports Park has played host to National Football League, XFL, Major League Soccer and World Cup championship events. The Los Angeles Chargers called the facility home in 2017, 2018 and 2019, while the XFL's Wildcats made their debut this spring.

Carson is about 110 miles north of SDCCU Stadium.

With the announcement of the venue change, San Diego State has played its final football games at SDCCU Stadium. The Aztecs ended their run with a pair of victories. SDSU defeated Fresno State University, 17-7, on Nov. 15 and Brigham Young University, 13-3, on Nov. 30.