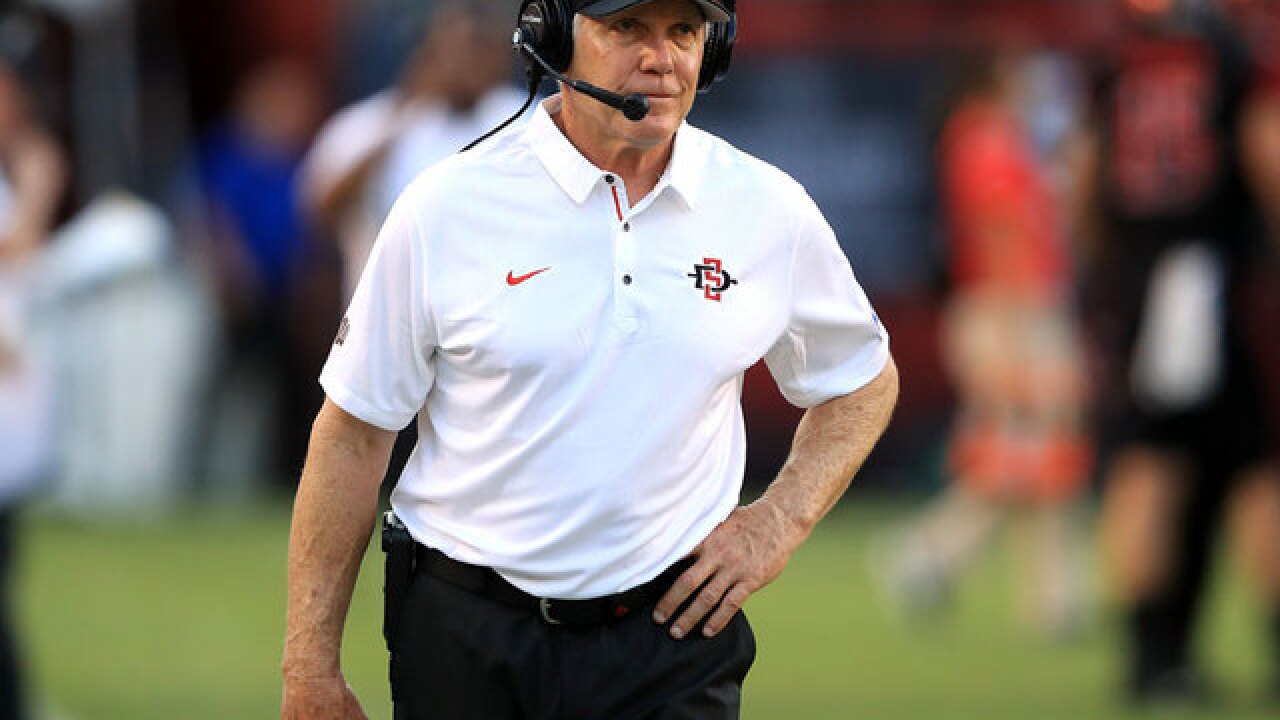 Copyright Getty Images
Sean M. Haffey
Head Coach Rocky Long of the San Diego State Aztecs looks on during the first half of a game at Qualcomm Stadium on September 2, 2017 in San Diego, California.

Long has been the head coach at SDSU the past seven seasons, leading the program to post-season bowl games each of those years with a 64-29 record. Before becoming head coach, Long was an assistant coach and defensive coordinator at SDSU under former head coach Brady Hoke. Long was previously the head coach at the University of New Mexico and has a combined career record at the two schools of 129-98.

Long, 68, holds the record for most wins for a head coach in Mountain West Conference history and has three times been named the conference's coach of the year.

Terms of the contract were not released. Last January, Long signed a five-year contract extension through 2021 that bumped his salary from $815,048 to $826,304 per season.