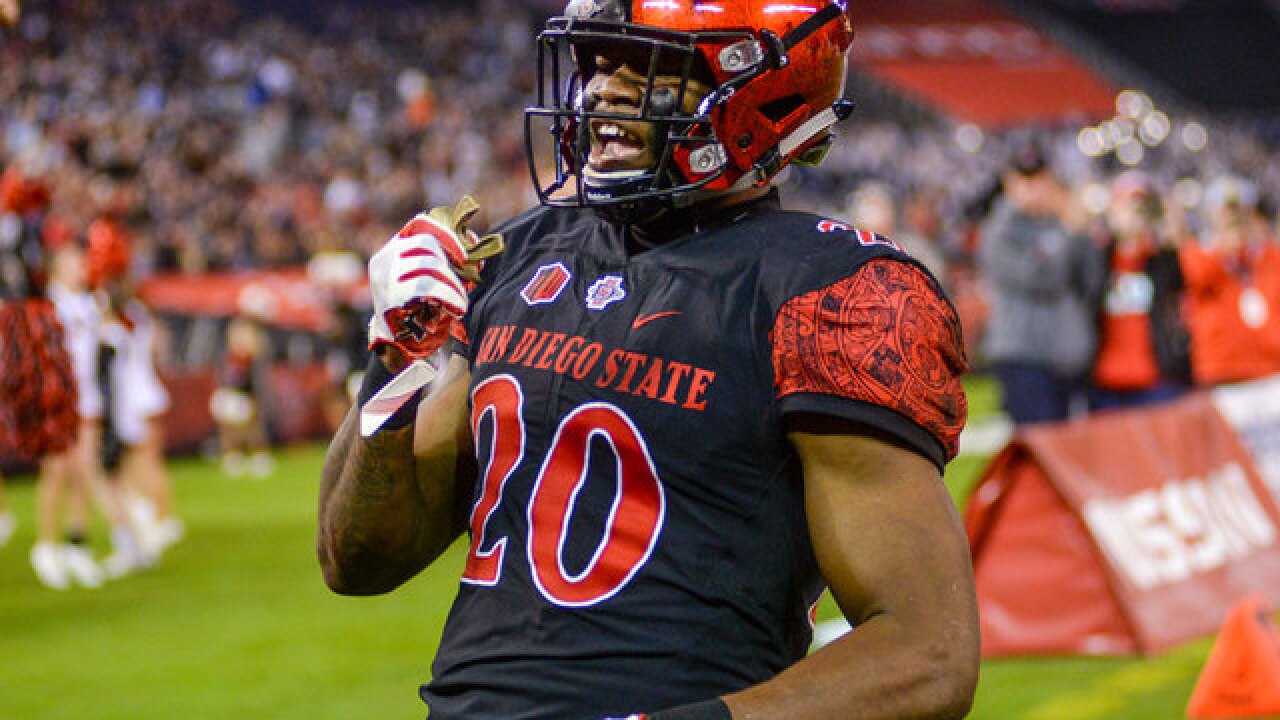 Copyright Getty Images
Kent Horner
Rashaad Penny #20 of San Diego State celebrates after scoring a touchdown in the first half against Nevada at Qualcomm Stadium on November 18, 2017 in San Diego, California.

(KGTV) - San Diego State running back Rashaad Penny can add yet another honor to his stellar senior season -- AP All-American.

The Aztecs star was named to The Associated Press All-America First Team, it was announced Monday.

Penny and the Aztecs next hit the field on Dec. 23 for the Armed Forces Bowl in Fort Worth, Texas, against Army.