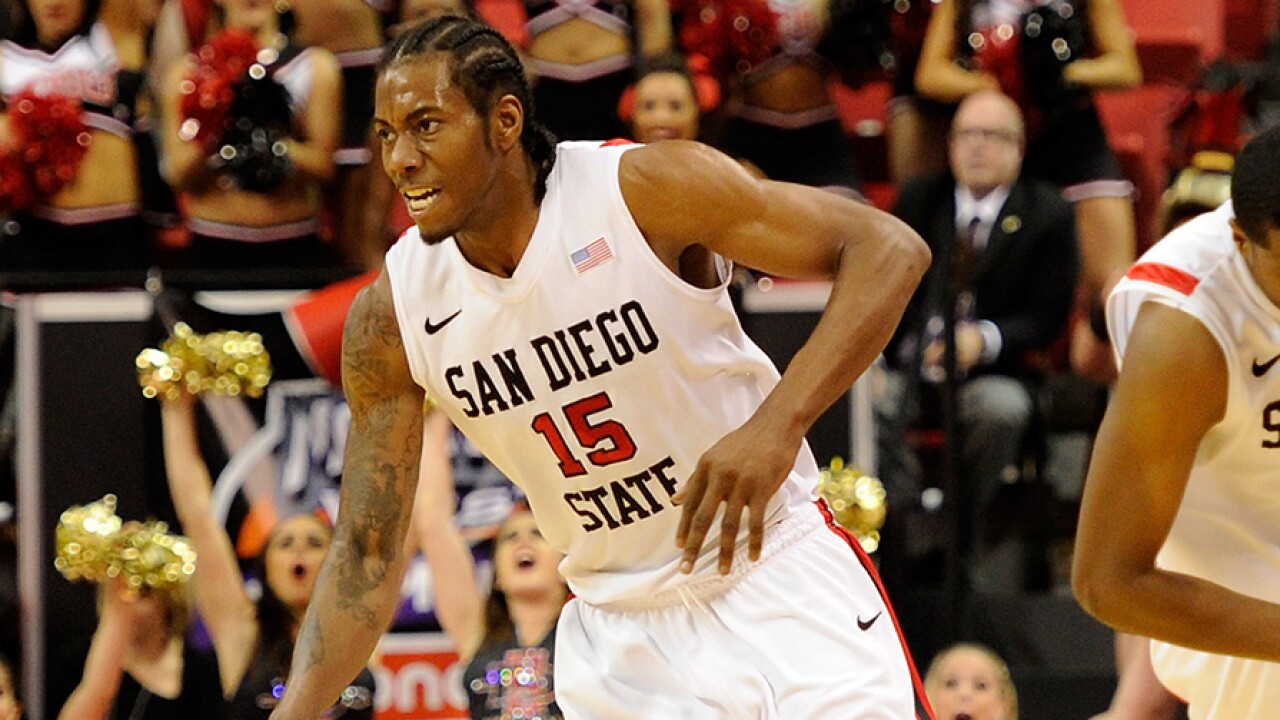 During SDSU’s Feb. 1 home game against Utah State, Leonard will be on hand as his No. 15 jersey will be hung in the Viejas Arena rafters during a ceremony that will include former Aztecs coach Steve Fisher.

Leonard played two seasons at San Diego State (2009-10, 2010-11), helping the team reach the NCAA tournament in both seasons. In 2011, Leonard and the Aztecs reached the tournament's Sweet 16 for the first time in school history.

During his time at SDSU, Leonard garnered numerous honors, including second-team AP All-America as a sophomore, Mountain West Freshman of the Year and first-team All-Mountain West in both of his seasons.

Leonard went on to be taken 15th overall by the Indiana Pacers in the 2011 NBA Draft, but he was then traded to the San Antonio Spurs on draft day.

He won NBA titles with the Spurs in 2014 and the Toronto Raptors in 2019, being named Finals MVP in each of those championship runs.