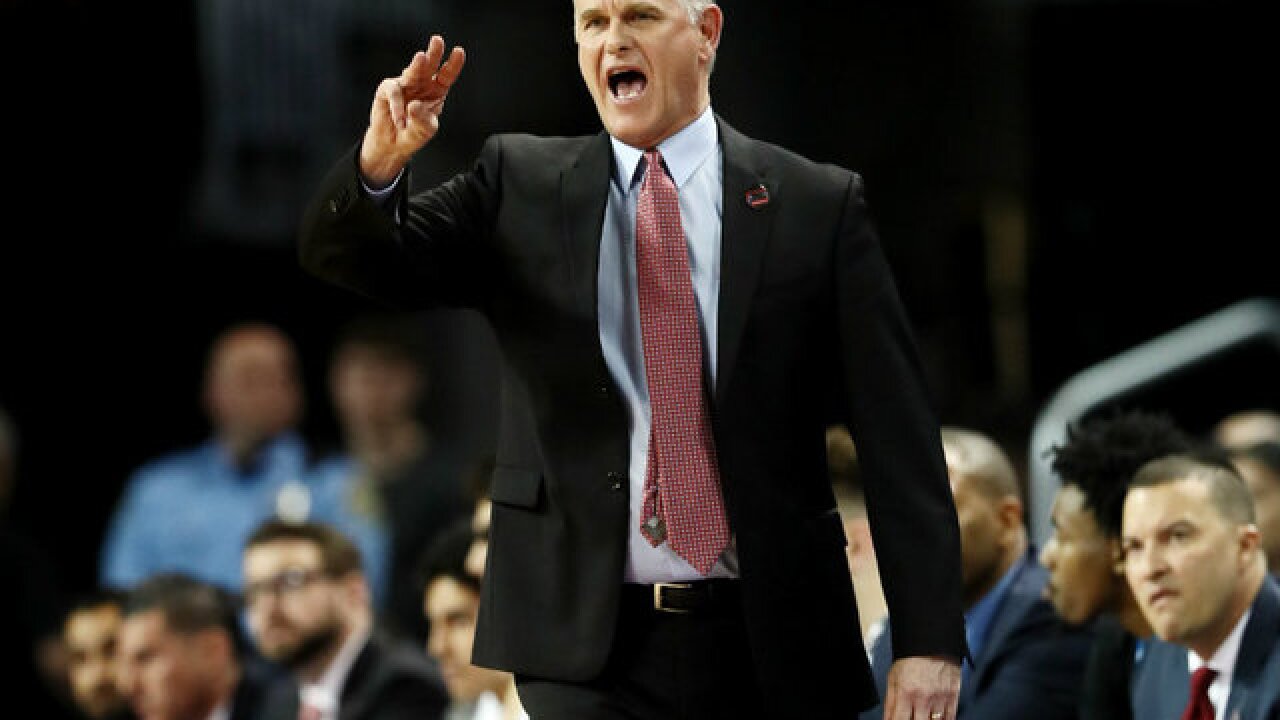 Copyright Getty Images
Jamie Squire
Head coach Brian Dutcher of the San Diego State Aztecs looks on against the Houston Cougars during the first half of the first round of the 2018 NCAA Men's Basketball Tournament at INTRUST Arena on March 15, 2018 in Wichita, Kansas.

The 2017-18 season was Dutcher's first as head coach and he became the school's first rookie coach to guide the team to a Mountain West Conference title and 22 wins, breaking the previous record of 14 wins set by Tim Vezie during the 1974-75 season. The Aztecs also reached the NCAA March Madness tournament for the seventh time in the last nine seasons.

"I am extremely grateful for the opportunity to be able to coach at San Diego State for the foreseeable future," Dutcher said. "I am excited for school to get going and having the players back on campus so we can work toward defending our Mountain West championship."

Dutcher took over head coach duties in April 2017 after serving as a long-time assistant under former head coach Steve Fisher. The 2018-19 season will be Dutcher's 20th at SDSU.