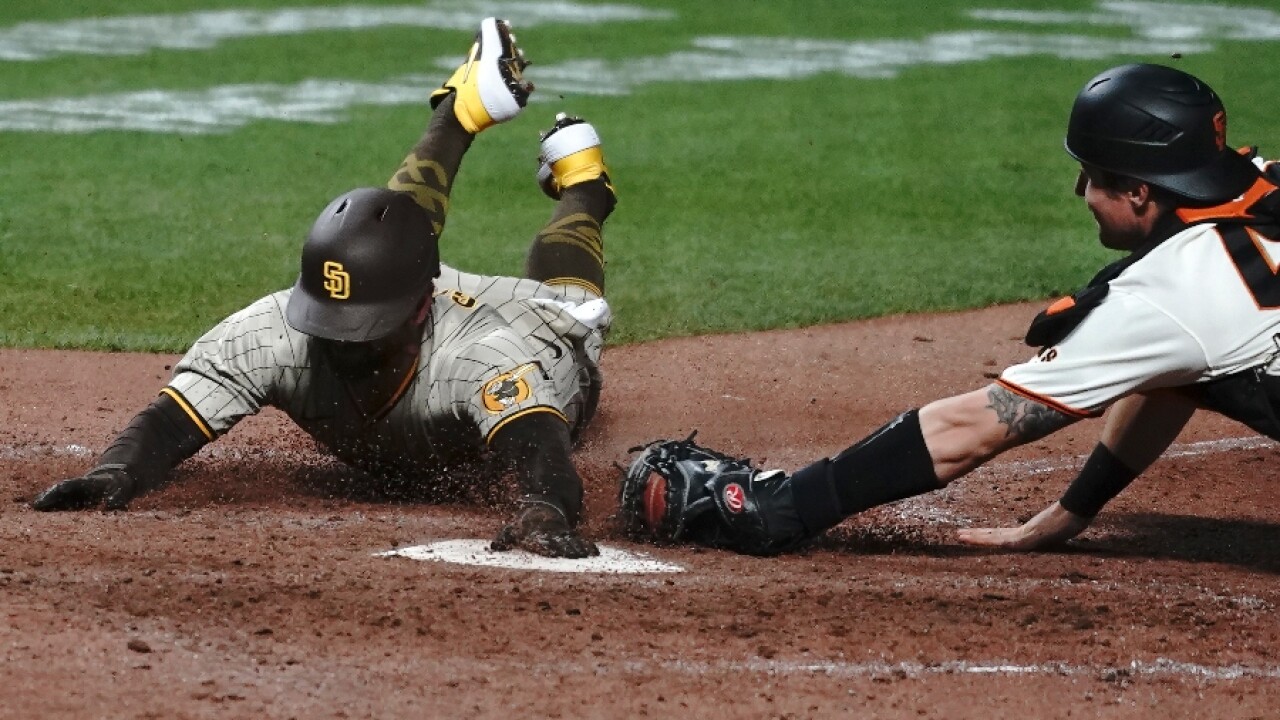 The Padres' bullpen couldn't hold a late lead for the second straight game but San Diego was still able to hold on this time.

The Padres have won seven of their last 11 series in San Francisco and two in a row dating to late last season.