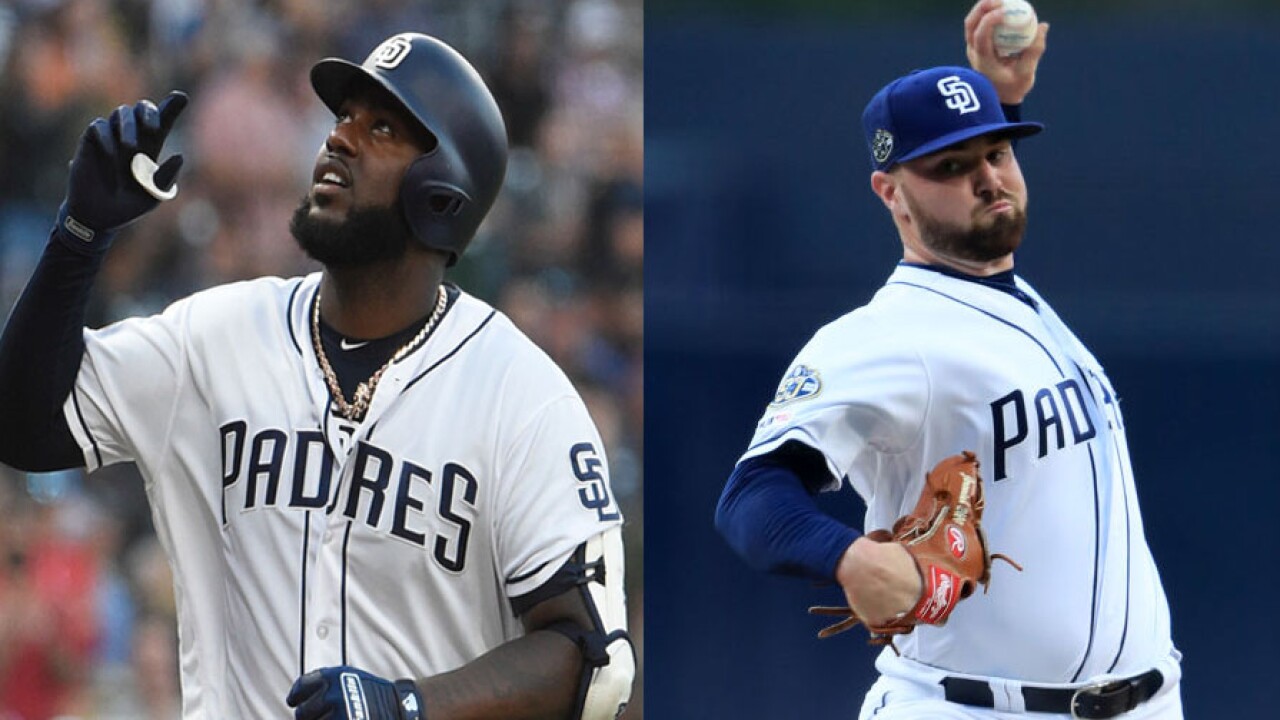 SAN DIEGO (KGTV) – The San Diego Padres were involved in a three-team blockbuster trade that sent outfielder Franmil Reyes, pitcher Logan Allen and prospect Victor Nova to the Cleveland Indians while acquiring a highly-touted minor leaguer from the Cincinnati Reds.

Trammell, 21, was playing for the Reds’ AA club this season after having been drafted 35th overall in the 2016 amateur draft. He was considered the Reds’ top prospect by various publications, including MLB Pipeline.

Reyes, a 24-year-old fan favorite, was among the Padres’ leaders in home runs and slugging percentage prior to the trade.

Allen, 22, made his much-publicized MLB debut in June and had been pitching as both a starter and reliever during his stint with the big club.

The 19-year-old Nova was playing for the Padres’ affiliate in the Arizona Rookie League to start this season.

As the trade details were announced Tuesday evening, Puig was involved in a benches-clearing brawl during a game against the Pittsburgh Pirates.