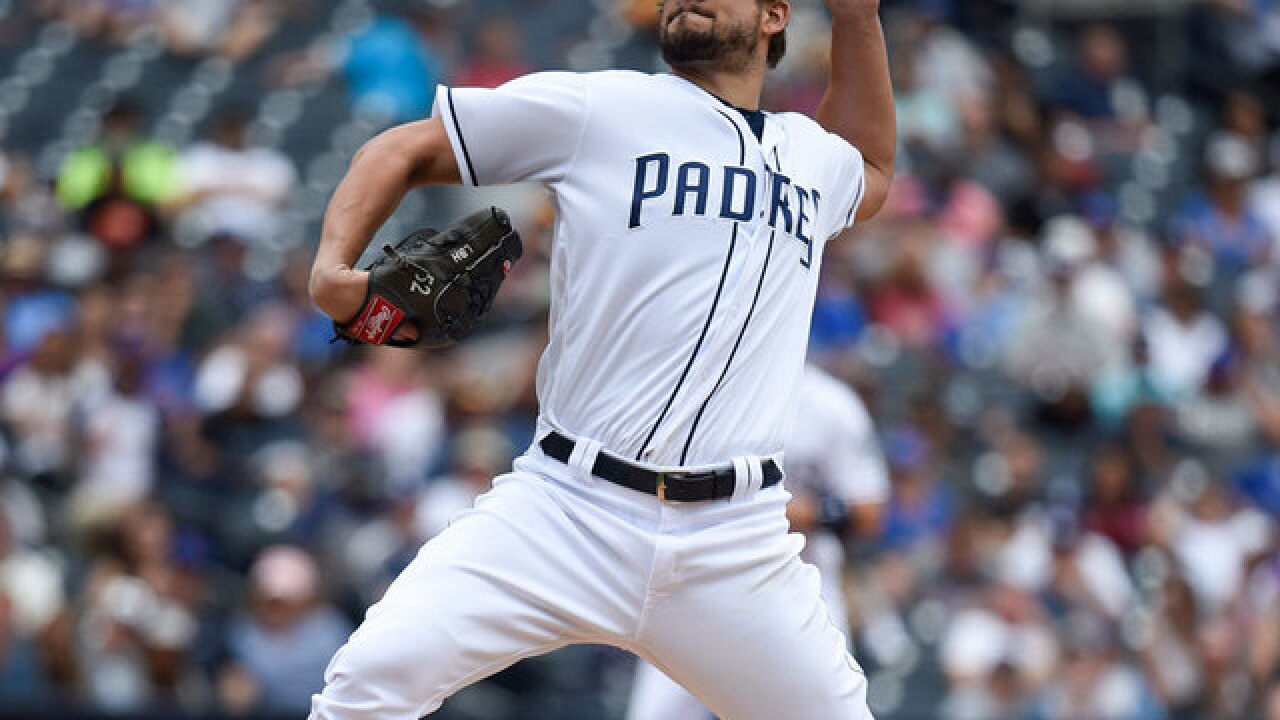 Copyright Getty Images
Denis Poroy
Brad Hand #52 of the San Diego Padres pitches during the eighth inning of a baseball game against the Chicago Cubs at PETCO Park on May 31, 2017 in San Diego, California.

Cimber, 27, is in his first big league season and has a 3.17 ERA in 42 relief appearances this year.

Mejia is considered by many baseball publications as one of the game's top prospects. The 22-year-old from the Dominican Republic was hitting .279 with seven home runs for Cleveland's AAA affiliate Columbus before the trade.