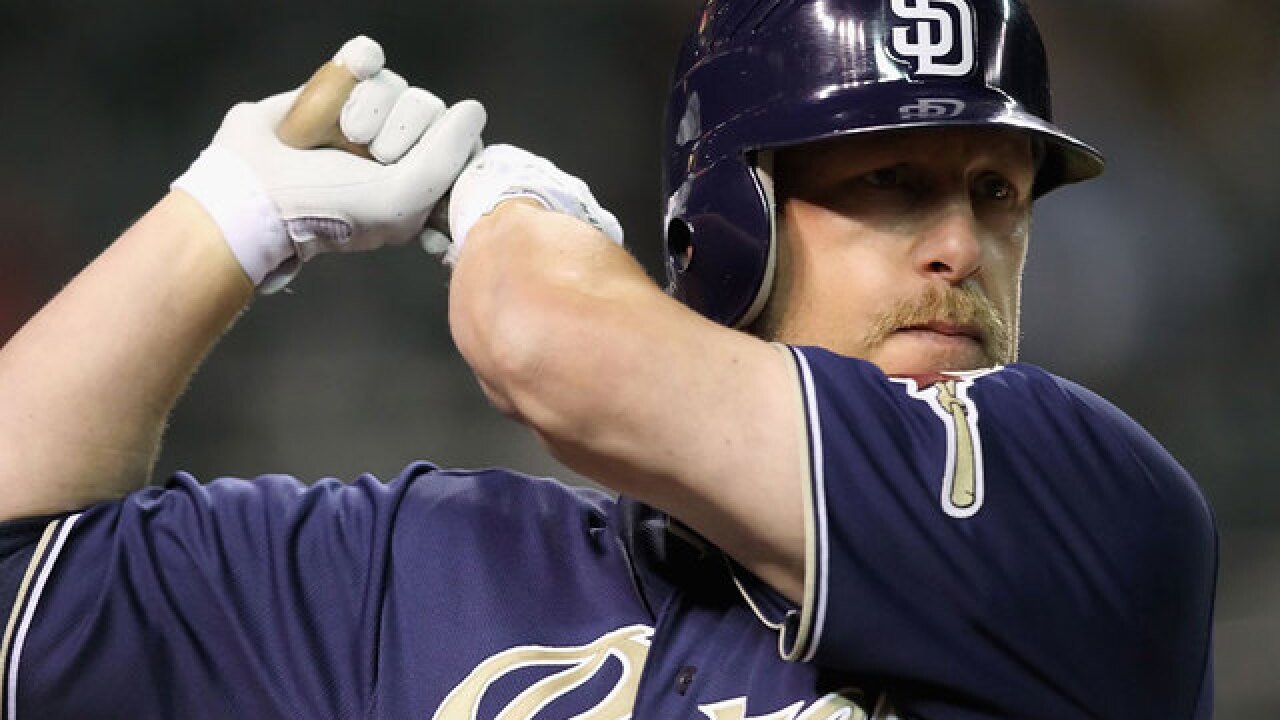 Copyright Getty Images
Christian Petersen
Matt Stairs #16 of the San Diego Padres warms up on deck during the major league baseball game against the Arizona Diamondbacks at Chase Field on April 6, 2010 in Phoenix, Arizona.

Stairs replaces Alan Zinter, who was fired on Sept. 1. Stairs is the Padres' ninth hitting coach since Petco Park opened in 2004.

Stairs, 49, spent the 2017 season as the hitting coach for the Philadelphia Phillies, his first professional coaching position. He played parts of 19 seasons in the major leagues with 12 different franchises, including the Padres in 2010.

Stairs is baseball's career leader in pinch-hit home runs with 23 and ranks second in homers by a Canadian-born player with 265, trailing only Larry Walker (383).

Stairs is perhaps best-known for a big homer that decided a playoff game, his pinch-hit, two-run shot off Jonathan Broxton in Game 4 of the 2008 NL Championship Series at Dodger Stadium.