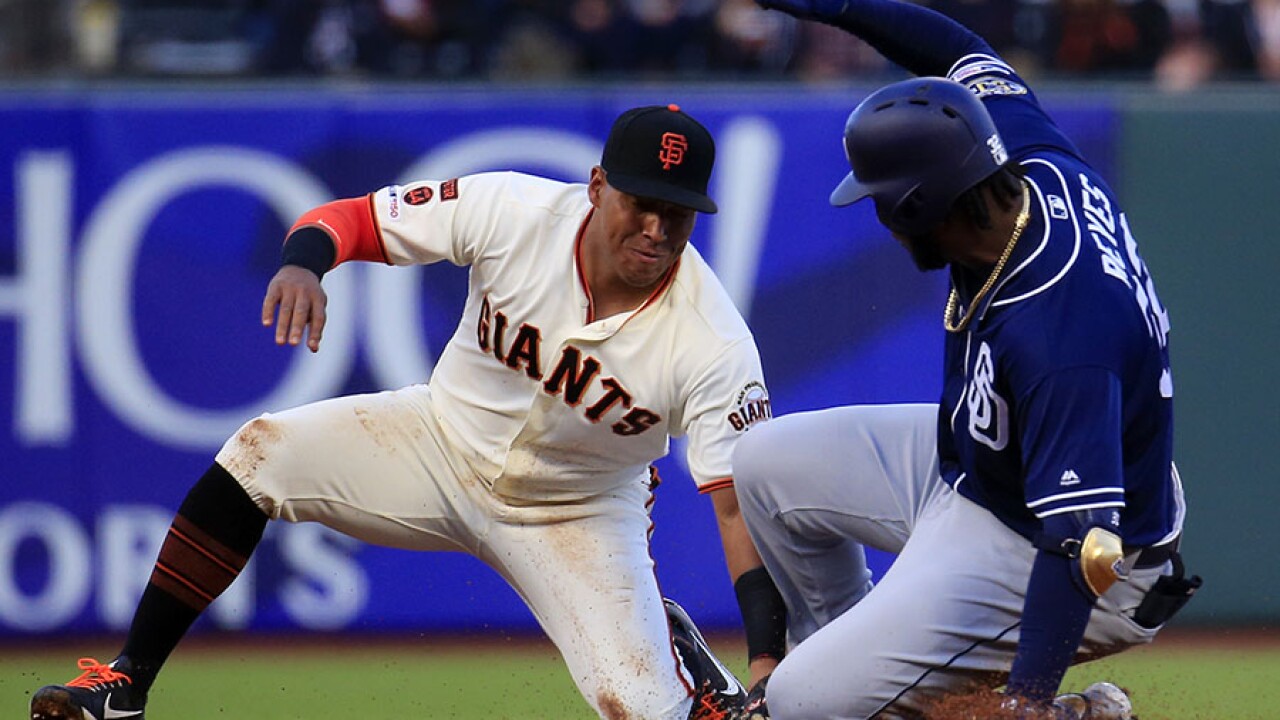 SAN FRANCISCO (AP) -- Kevin Pillar drove in four runs for the second straight game, Evan Longoria broke out of a long slump with an RBI single and the San Francisco Giants beat the San Diego Padres 7-2 on Tuesday night.

The Giants set a season high for runs, one night after blowing a five-run lead with ace Madison Bumgarner on the mound.

Gerardo Parra doubled and scored twice in his return to the lineup after getting hit in the face by a 93 mph fastball that ricocheted off his shoulder in the series opener Monday. Yangervis Solarte and Tyler Austin also knocked in runs to help the Giants (4-8) avoid their worst start through 12 games in the San Francisco era.

Manny Machado walked twice for the Padres. San Diego got two hits and a walk in the first inning but had two runners thrown out and couldn't recover.

Padres starter Joey Lucchesi (2-1) went into the game as one of two NL pitchers who hadn't allowed a run in 10 innings this season. Lucchesi ran his streak to 11 with a 1-2-3 first before the Giants scored six in the second.

Pillar, who hit a grand slam Monday, smacked a three-run double in the second and scored on Austin's RBI single, then added a sacrifice fly in the fourth. The newcomer from Toronto became the first Giants player with at least four RBIs in back-to-back games since home run king Barry Bonds did it April 2-3, 2002.

Renfroe homered off Holland with one out in the seventh.