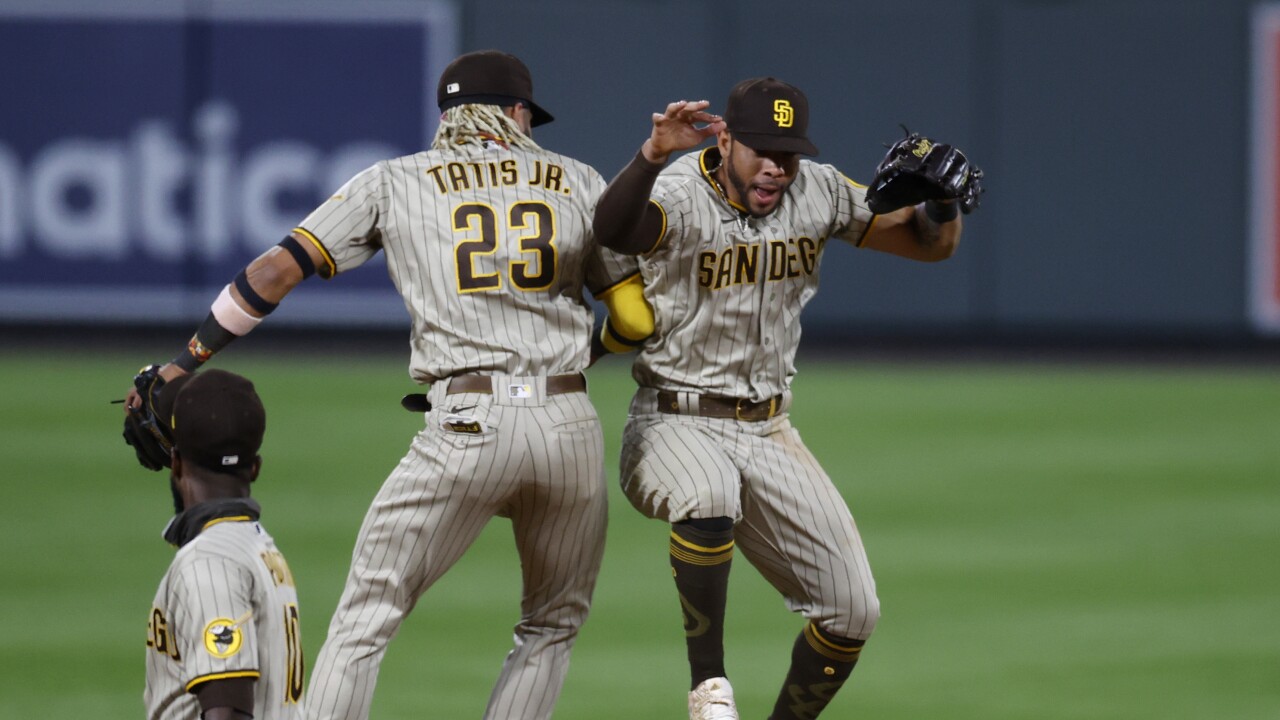 David Zalubowski/AP
San Diego Padres shortstop Fernando Tatis Jr., left, celebrates with left fielder Tommy Pham after the final out in the bottom of the ninth inning of a baseball game against the Colorado Rockies Friday, July 31, 2020, in Denver. The Padres won 8-7. (AP Photo/David Zalubowski)

SAN DIEGO (AP) — The San Diego Padres are bringing some serious swagger and talent to their first postseason appearance in 14 years, against their old nemesis, the St. Louis Cardinals.

Led by 21-year-old Fernando Tatis Jr., Manny Machado and Wil Myers, the Padres will host the St. Louis Cardinals in Game 1 of a best of three wild-card series on Wednesday.

The star shortstop was only 8 years old when the Friars last made the postseason in 2006. That season, San Diego won the National League West Division and faced the Cardinals in the Division Series.

The Cards beat the Padres 3-1, and they eventually took home the World Series championship by defeating the Detroit Tigers.

San Diego will counter with right-hander Chris Paddack (4-5, 4.73), who has had a seesaw season.

Numbers to know heading into the series:

REGULAR SEASON TOP PERFORMERS: Wil Myers leads the Padres with 31 extra base hits and is batting .288; Tyler O'Neill leads the Cardinals with seven home runs and has 19 RBIs.