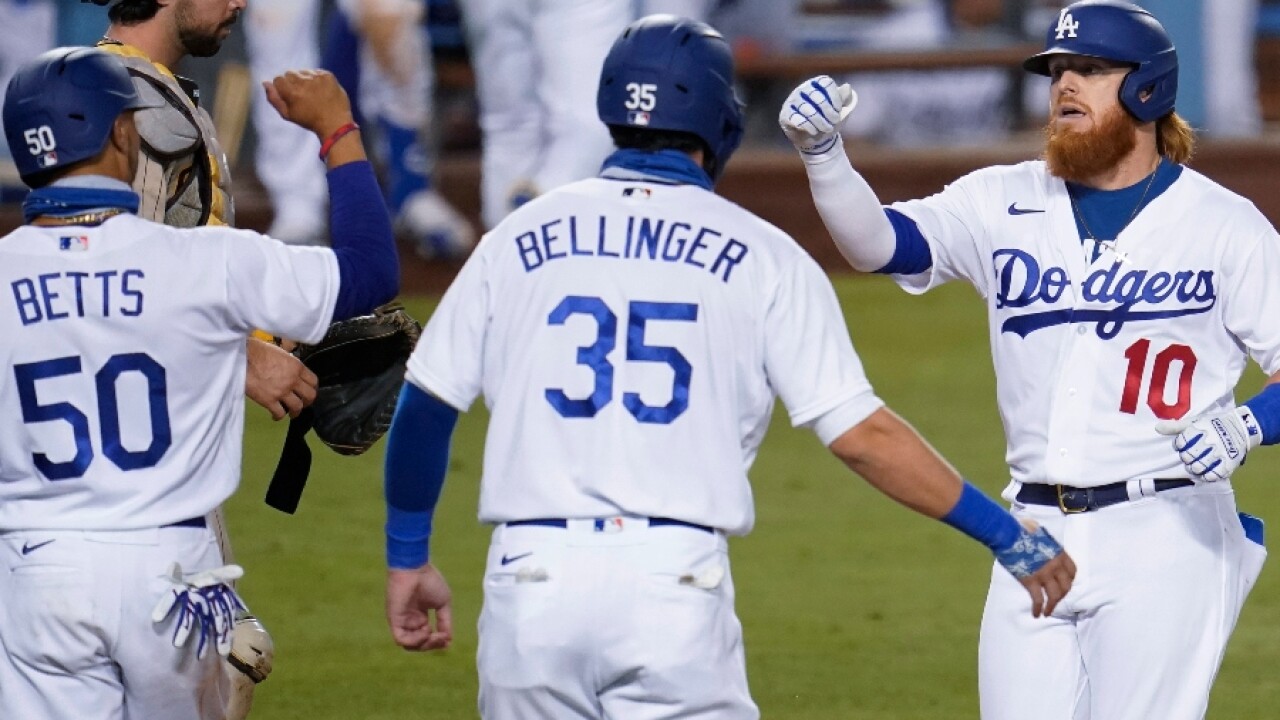 LOS ANGELES (AP) -- Tony Gonsolin and five relievers combined on a six-hit shutout, Justin Turner hit a three-run homer, and the Los Angeles Dodgers beat the San Diego Padres 6-0 to avoid losing three in a row for the first time since last August.

The Dodgers played small ball to score two runs in the fifth, then Turner slugged his second three-run blast of the season in the eighth off Craig Stammen.

The Padres loaded the bases in the ninth before Kenley Jansen got three straight outs to close out the Dodgers' second shutout of the season.