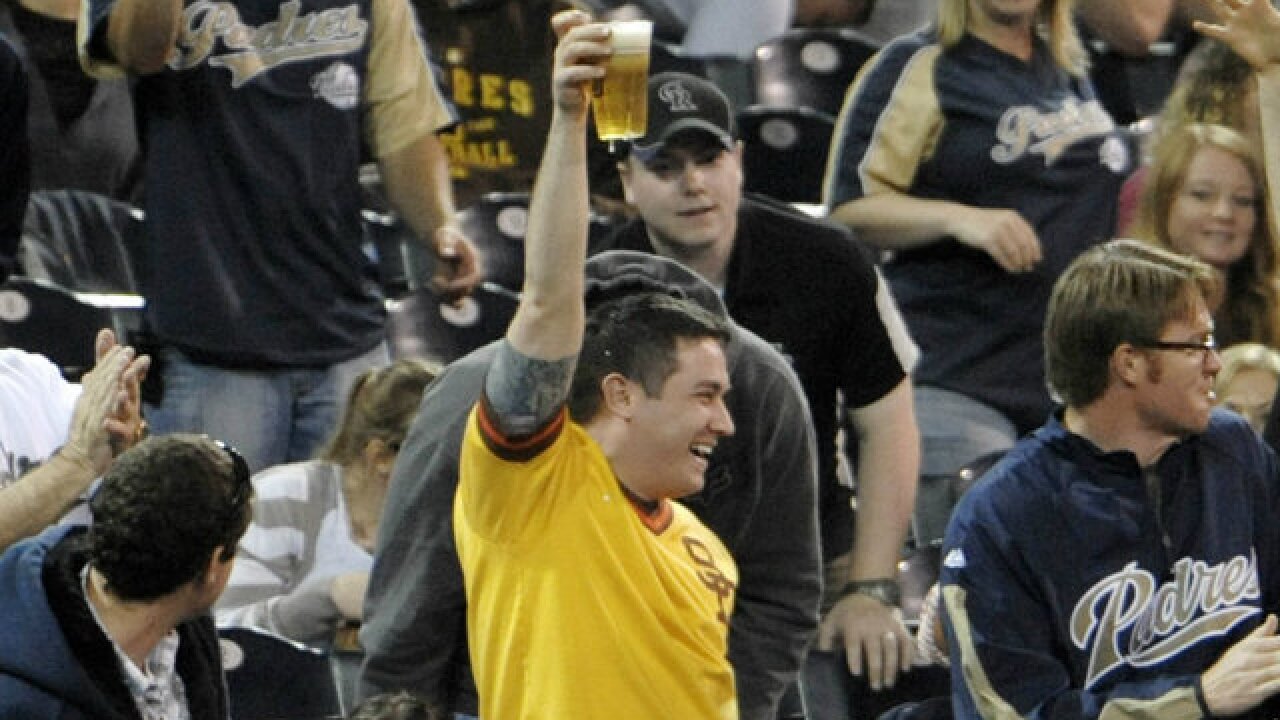 SAN DIEGO (KGTV) - Padres fans will no longer have to leave their seats to get a beer during a game.

The team announced that a new beer hawking service will begin Monday for fans that are 21 years of age and older with a valid ID.

According to Padres officials, the service was made possible after a recent amendment to Petco Park’s liquor license by the state’s Department of Alcoholic Beverage Control.

There is no immediate word on what beers will be available as part of the hawking service.

Padres COO Erik Greupner said, “We’re excited to launch our new beer hawking service -- the first of its kind in California in over 35 years -- which will improve fan experience at Petco Park by alleviating congestion at concession stands while offering the convenience of in-seat service in all sections.”

The Padres are reminding fans that consume alcohol during games to do so responsibly.

“Guests are encouraged to sign up for the Budweiser Good Sport designated driver program at any Guest Services Center throughout Petco Park, the designated driver kiosks inside the Gaslamp or East Village Gates, or the Toyota Terrace Concierge Desk.

A multitude of transportation options are available for fans to and from Petco Park, including Amtrak’s Pacific Surfliner, Uber’s rideshare service and public transit.

The San Diego Police Department also offers the “Know Your Limit” breathalyzer program at Petco Park for all Friday and Saturday games, which allows ballpark guests to take a sample breathalyzer test and gain a better understanding of their level of impairment before deciding how to travel home.”