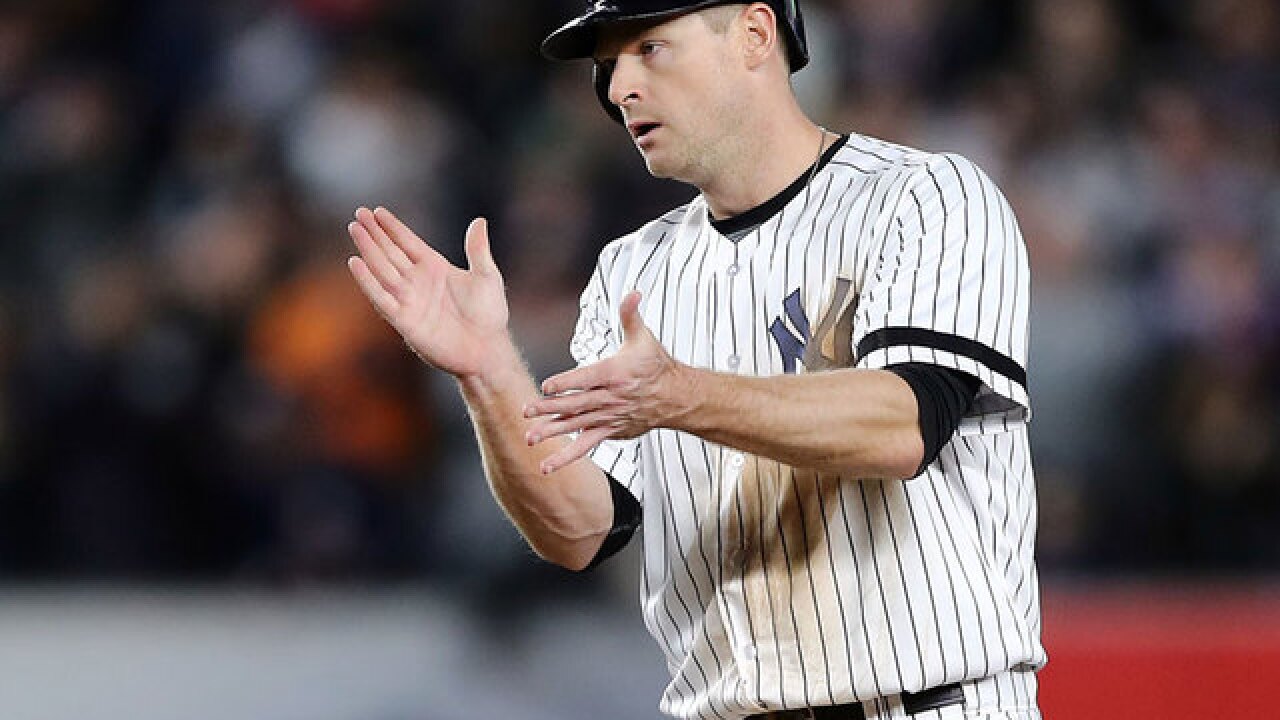 Copyright Getty Images
Elsa
Chase Headley #12 of the New York Yankees reacts after a hit in the eighth inning against the Houston Astros looks on during Game Four of the American League Championship Series at Yankee Stadium on October 17, 2017 in the Bronx borough of New York City.

(KGTV) - A familiar face is returning to the San Diego Padres.

#Yankees are getting back outfielder Jabari Blash for Headley/Mitchell. This feels like NYY salary dump, tying Mitchell's upside arm to get #Padres to take all of Headley's $13M pact.