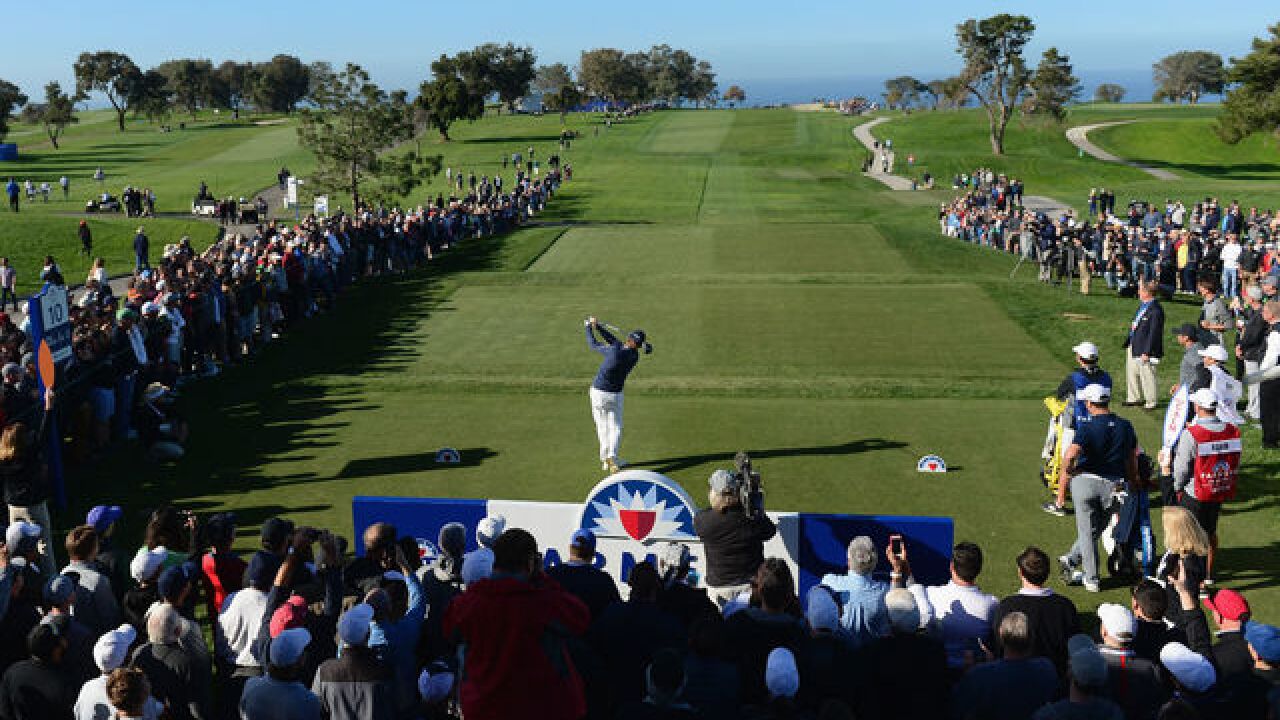 Tiger Woods is 10 shots off the lead after birdieing his final hole Friday to go to 1-under-par for the tournament, making the cut with no room to spare in his first PGA Tour event after a yearlong absence.

"I was grinding my way around the golf course," said Woods, who is among 13 golfers tied for 65th. "I didn't quite hit it as good as I would like to."

Woods began his round on the back nine, parring each of the first three holes, then had a double bogey on the par-4 13th. He parred each of his next five holes.

Woods birdied the first, fifth and seven holes to move to 1-under for the tournament, which was inside the projected cut at the time. He bogeyed the par-3 eighth hole to fall outside the cutline, then birdied the ninth, making a cut in a PGA Tour event for the first time since the 2015 Wyndham Championship.

Woods missed the cut in last year's Farmers Insurance Open, shooting a 4-over par 148 for two rounds, then underwent a fourth back surgery that sidelined him for the next 10 months.

Palmer entered Friday's play in a two-way tie for second, one shot off the lead, then started par-bogey-bogey on the North Course. He was 7-under over his last 15 holes, including eagles on the ninth and 17th holes and a birdie on the 18th for a 5-under 67.

The 41-year-old Palmer began the 2017-18 season on a major medical extension after undergoing shoulder surgery in October. He had six events available to earn the necessary 29 points to equal No. 125 J.J. Henry's 365- point total from the 2017 FedExCup points list to retain full eligibility through the end of the season.

Palmer has three victories on the PGA Tour, most recently the 2010 Sony Open in Hawaii.

"I had the putter really hot on the first nine holes, I made a lot of really good putts, four for birdie and par, but my short game kept me alive," Rahm said.

"All those par saves and a couple of those 50-yard shots over rough to make birdie on 10 and 11, it made this round be what it is. It could have been 2-under par or 3-under par, close to even, maybe even, but those couple of saves is what made it be such a good round."

Rahm, a Spaniard who received a communications degree from Arizona State in 2016, is second on the Official World Golf Ranking. A victory would move him into first, passing American Dustin Johnson.

First-round leader Tony Finau and fellow American Luke List are tied for third, two shots off the lead at 9-under 135.

Finau shot a 2-under-70 on the South Course after beginning the tournament with a 7-under 65 on the North Course Thursday.

Australian Jason Day had Friday's low score, a bogey-free 8-under 64 on the North Course that lifted him into a tie for sixth, at 7-under 137, four shots off the lead.

"I drove it nicely, which gave myself opportunities, and then I putted well," said Day, who won the tournament in 2015.

Tournament organizers said parking has sold out Saturday and cannot be purchased on-site. Fans are advised to take Uber to the course, with drivers able to take passengers near the main entrance. Sunday parking is also limited.