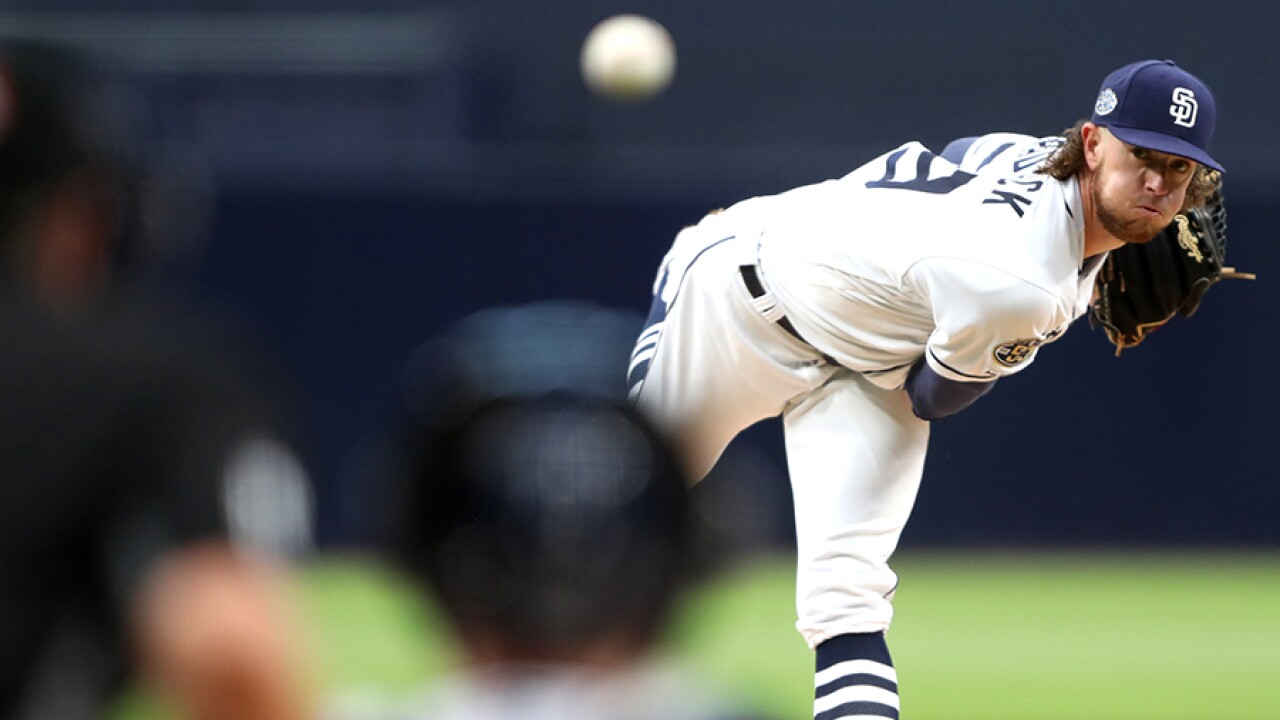 Paddack (3-1) was impressive in his sixth big league start. He walked one and allowed just four singles over 7 2/3 innings, including one to deGrom leading off the sixth. That was the only inning in which Paddack allowed more than one baserunner. Robinson Cano walked with two outs before Paddack got Michael Conforto to fly out.

Paddack struck out Pete Alonso, the NL Rookie of the Month for March and April, in his first two at-bats. The right-hander showed some emotion, pumping his fist after striking out Alonso on a 98 mph fastball in the first.

Paddack's previous high was nine strikeouts in a 1-0 win against Felix Hernandez and the Seattle Mariners on April 24.

The 23-year-old Paddack got a standing ovation from the crowd of 20,176 as he exited after allowing a single to Jeff McNeil on his career-high 91st pitch. Paddack pitched only 90 innings last year between Class A and Double-A as he came back from Tommy John surgery that sidelined him in 2017.

Craig Stammen came on and struck out Alonso. Stammen then pitched a perfect ninth for his second career save. The other one came in 2012 with Washington.

The Mets lost their fourth straight and were shut out for the second time in six games. They have mustered only seven runs in their past six games -- one of which went 18 innings.

DeGrom (2-4) allowed two runs and four hits over seven innings in a game that took just 2 hours, 14 minutes. He struck out seven and walked one.

Renfroe homered to left-center on an 0-1 pitch leading off the fifth, his eighth. On Sunday, Renfroe delivered a pinch-hit, walk-off grand slam off closer Kenley Jansen to give the Padres an 8-5 win over the Los Angeles Dodgers to avoid being swept.

San Diego rookie Ty France hit a sacrifice fly in the seventh against deGrom. Eric Hosmer added a two-run double off Justin Wilson in the eighth.