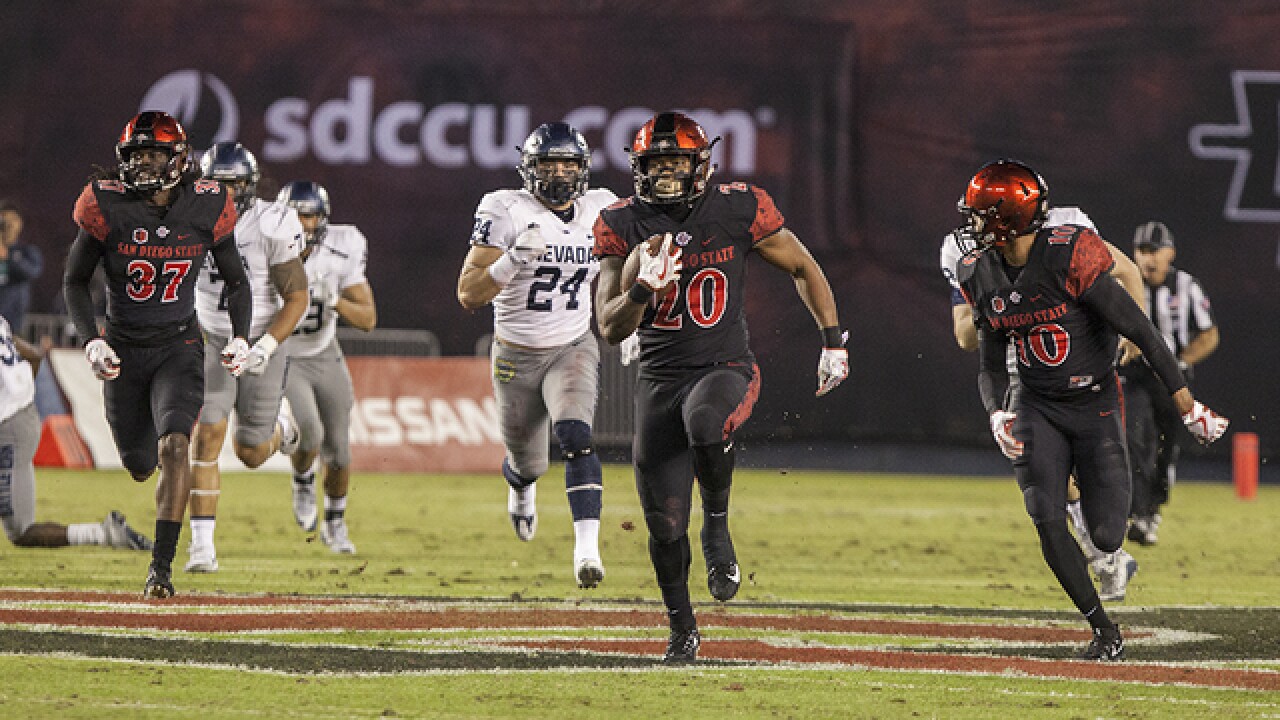 The Daily Aztec
Kelly Smiley
<p>Rashaad Penny returns a first quarter punt 70-yards for a touchdown, during the Aztecs 42-23 victory over Nevada on Nov. 18 at SDCCU Stadium.</p>

SAN DIEGO ( The Daily Aztec ) - By the time SDSU football took the field against the University of Nevada, its hopes of competing in a third straight Mountain West Conference championship game were gone.

Apparently, no one informed Aztecs senior running back Rashaad Penny.

Penny returned both a kickoff and a punt for a touchdown, and ran for 222 yards with two scores to reclaim the top spot in the nation in rush yardage with 1,824.

His total of 429 all-purpose yards is the most by any player in the FBS this season, and the most in school history, eclipsing a 422 yard performance by legendary SDSU running back Marshall Faulk in 1991.

"When you do things like this it just feels surreal," Penny said. "It’s a blessing but then again it’s these guys, can’t do anything without (redshirt junior quarterback Christian Chapman) handing me the ball or the wedge guys blocking for me or the offensive line. I thank God. I think they should be more excited than me.”

It was the Aztecs first home game since a 27-3 loss to Fresno State on Oct. 21 put their championship hopes in peril, and Fresno's 13-7 victory over University of Wyoming earlier in the day ended any chance of a third consecutive MWC championship.

"Congratulations to (Fresno State). I mean, they deserve it," SDSU head coach Rocky Long said. "They won the games they needed to do and they beat us."