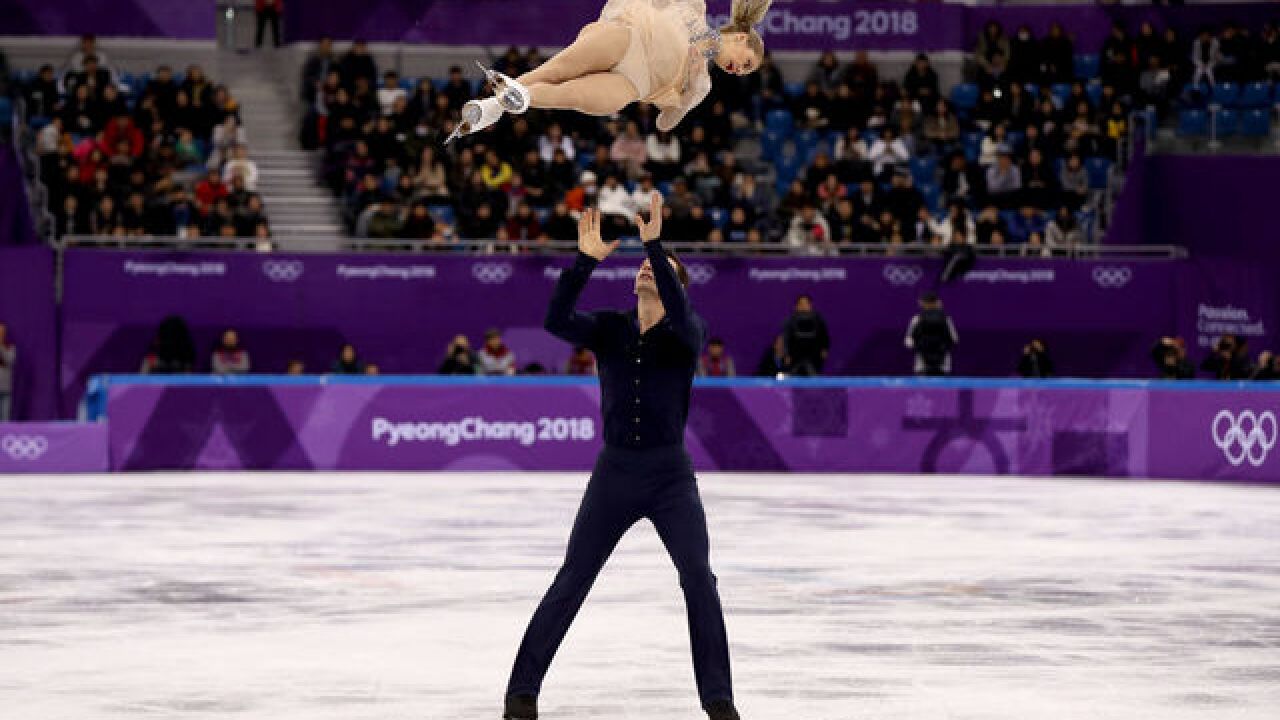 RAMONA (CNS) - Chris Knierim, who was raised in Ramona, and his wife, Alexa Scimeca-Knierim, will skate in the pairs free skate of the figure skating team event Saturday at the 2018 Winter Olympics following their best performance of the season.

The couple had a season-best score of 69.75 to finish fourth in Thursday's short program, which combined with Nathan Chen's fourth-place finish in the men's singles short program put the U.S. in second place with 14 points. Canada leads with 17.

"Everything we went through is so worth it to keep pushing forward and chasing our dreams, because it's moments like that where we just look at each other with so much joy and love," Scimeca-Knierim said.

Japan and Olympic Athletes from Russia each have 13.

A first-place finish is worth 10 points, with each place further down worth one less.

The ice dance short dance and ladies short program will precede the pairs free skate Saturday, which is set to begin at 8:40 p.m. PST.

The brother-and-sister duo of Maia and Alex Shibutani, the third-place finishers in the 2017 World Figure Skating Championships, will represent the U.S. in the short dance competition.

RELATED: Here's why the stadium looked empty during the Opening Ceremonies

Following the conclusion of the ladies short program, the 10-team field will be reduced to the top five, including all teams tied for fifth.

The pairs free skate will be the final segment of the team event for Knierim and Scimeca-Knierim. The team event will conclude Sunday in Gangneung, South Korea with men's and ladies free skates and the ice dance free dance.

Knierim and Scimeca-Knierim missed the 2016-17 season due to Scimeca- Knierim suffering from a serious gastrointestinal condition that required three stomach surgeries.

Knierim and Scimeca-Knierim are the only U.S. pairs team at the Pyeongchang Games. The U.S. was allowed to enter only one pairs team because of results in the 2017 World Championships.