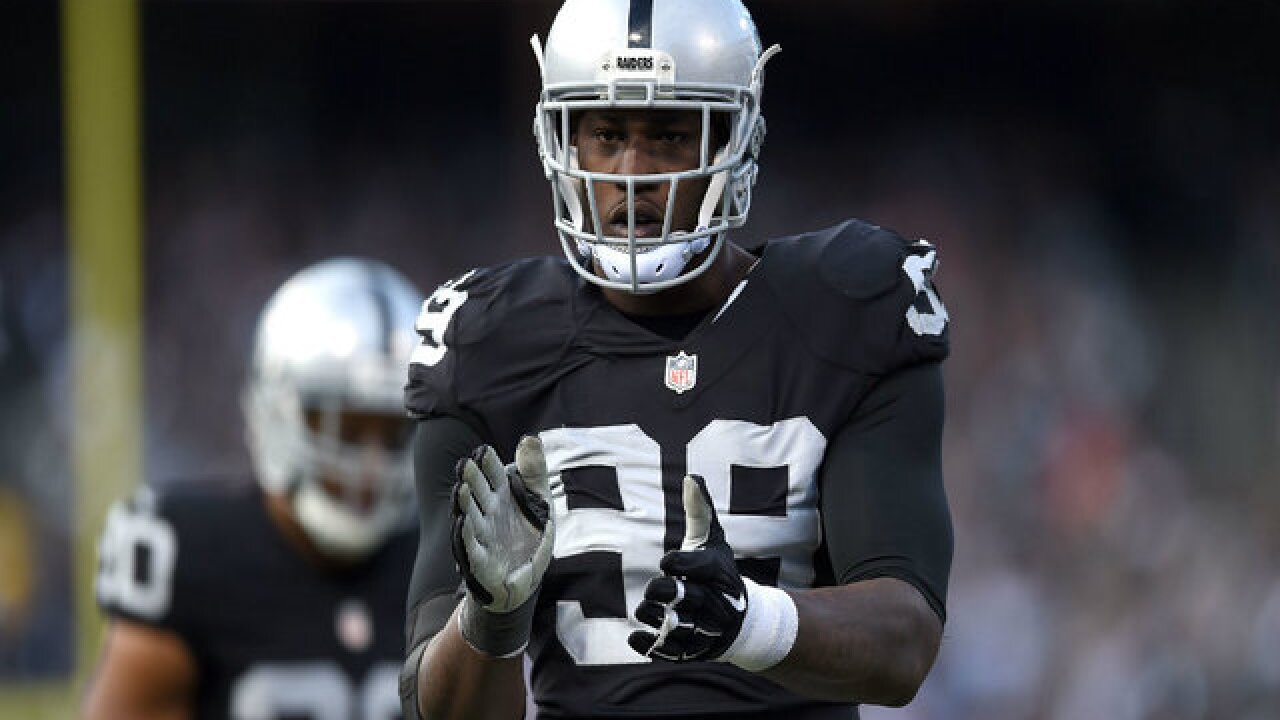 Copyright Getty Images
Thearon W. Henderson
Outside linebacker Aldon Smith #99 of the Oakland Raiders celebrates in the third quarter against the Minnesota Vikings at O.co Coliseum on November 15, 2015 in Oakland, California.

ALAMEDA, Calif. (AP) - The Oakland Raiders have released pass rusher Aldon Smith after his latest run-in with the law.

The Raiders announced the move on Monday, one day after San Francisco police said authorities were searching for Smith in connection with a domestic violence allegation.

Smith has been on the suspended list since November 2015 for violating the NFL's policy on substance abuse. The Raiders had signed Smith to a two-year contract before the 2016 season, but he never was cleared by the league to be able to return from suspension.

Smith has been arrested several times on charges of drunken driving, vandalism and illegal possession of assault rifles among other charges since the San Francisco 49ers drafted him in 2011 in the first round. The 49ers released him 2015 after he was arrested and charged with his third drunken driving in four years and he signed with the Raiders.