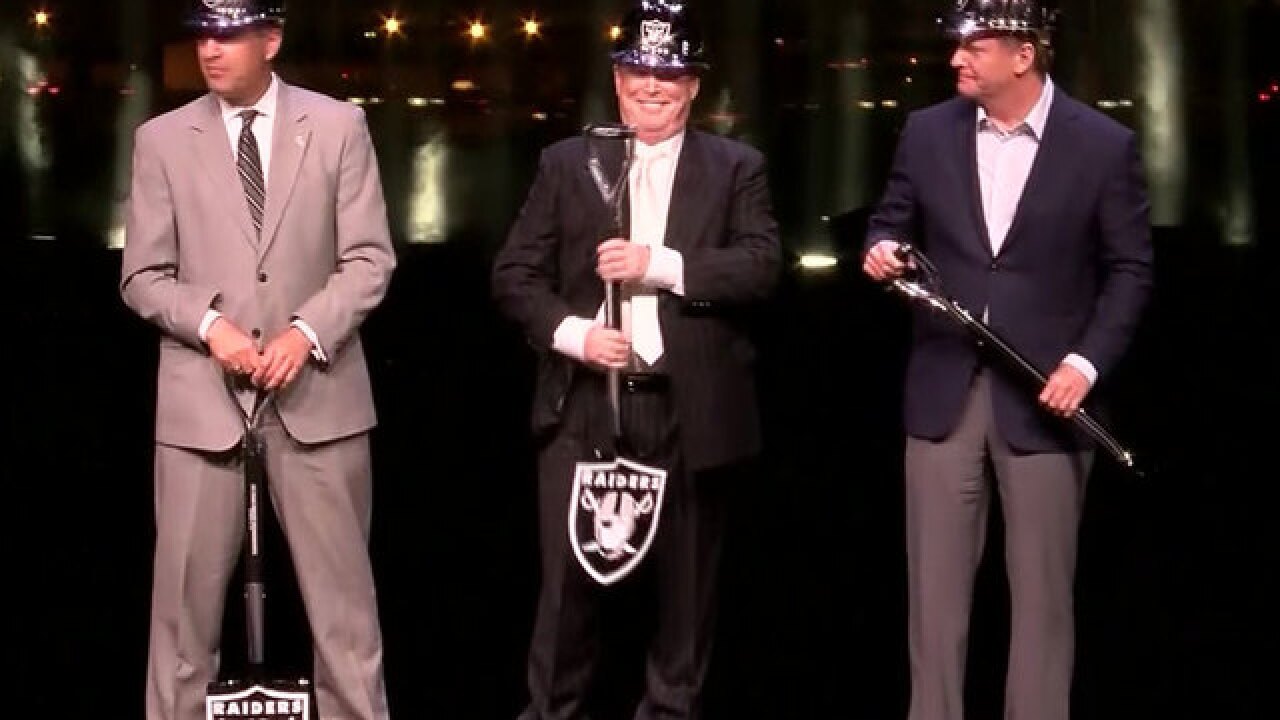 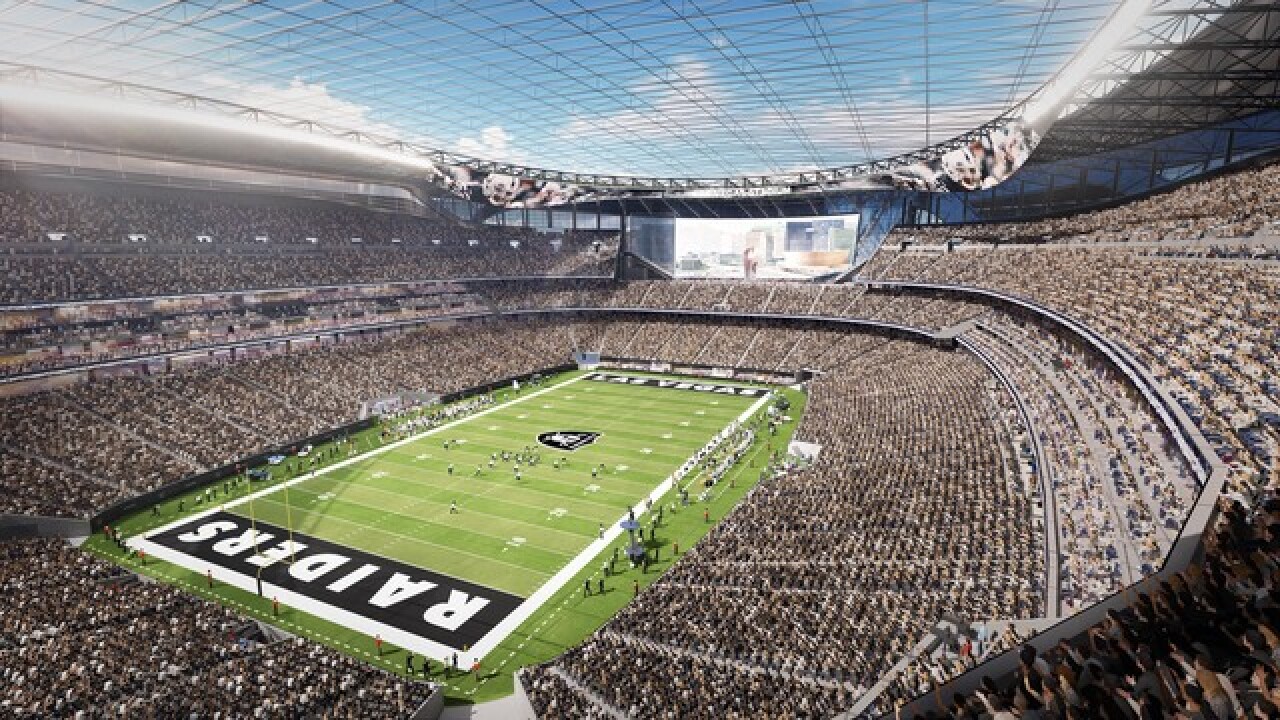 Davis said, "We are breaking ground on the most magnificent stadium right here in the entertainment capital of the world."

Goodell added, "Only in Vegas can you turn a groundbreaking ceremony into a show."

The Raiders icons are out in Vegas.

The groundbreaking ceremony starts in 30 minutes, live on https://t.co/wolSStHdwf . pic.twitter.com/kaGQ8WUXCF

The team is hoping the $2 billion, 65,000-seat stadium will be ready in time for the start of the 2020 season. The domed stadium project is expected to create 8,000 full-time jobs.

Fifty-eight beams of light shined during the ceremony in honor of the victims in the Oct. 1 mass shooting.