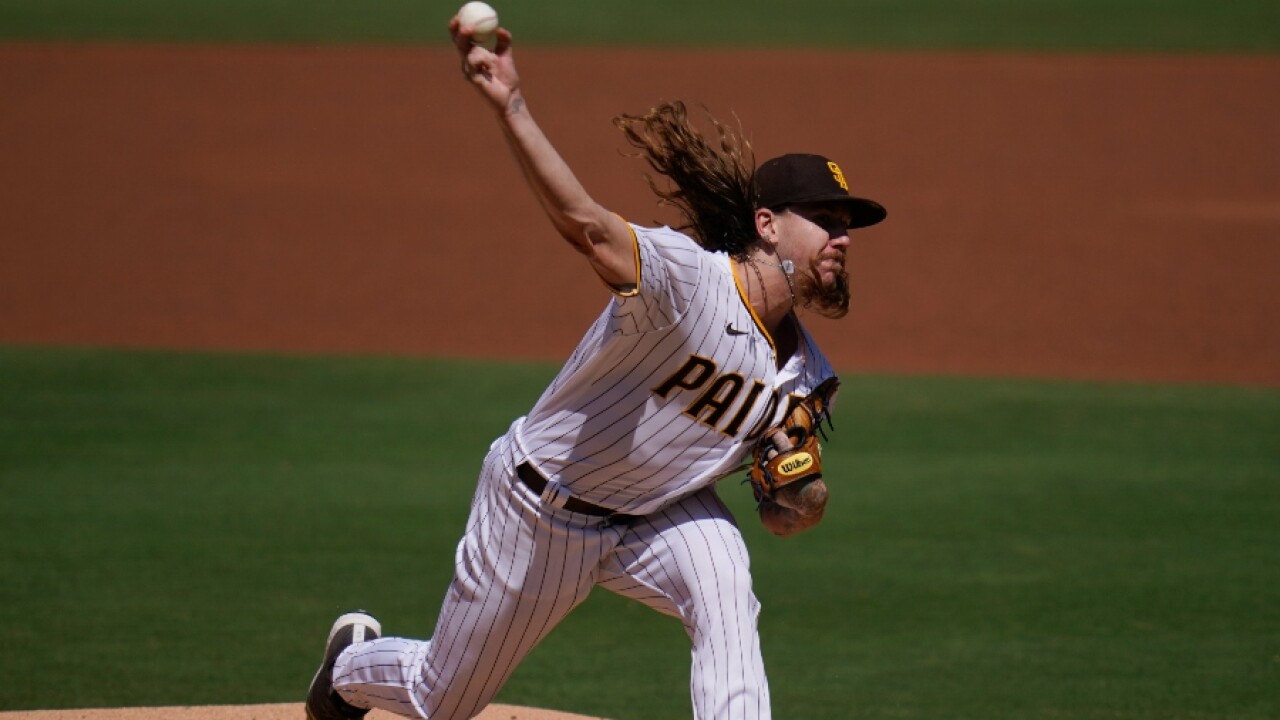 SAN DIEGO (AP) — The Padres might have suffered a blow to the front of their playoff rotation when right-hander Mike Clevinger was pulled after only one inning in his start against the Los Angeles Angels, who jumped on San Diego's bullpen for a 5-2 victory to sweep a two-game series.

The Padres, who've clinched a playoff berth for the first time in 14 seasons, said Clevinger's departure was unplanned but offered no other details.

Clevinger's start had been pushed back from Saturday night because of tightness in his right biceps.