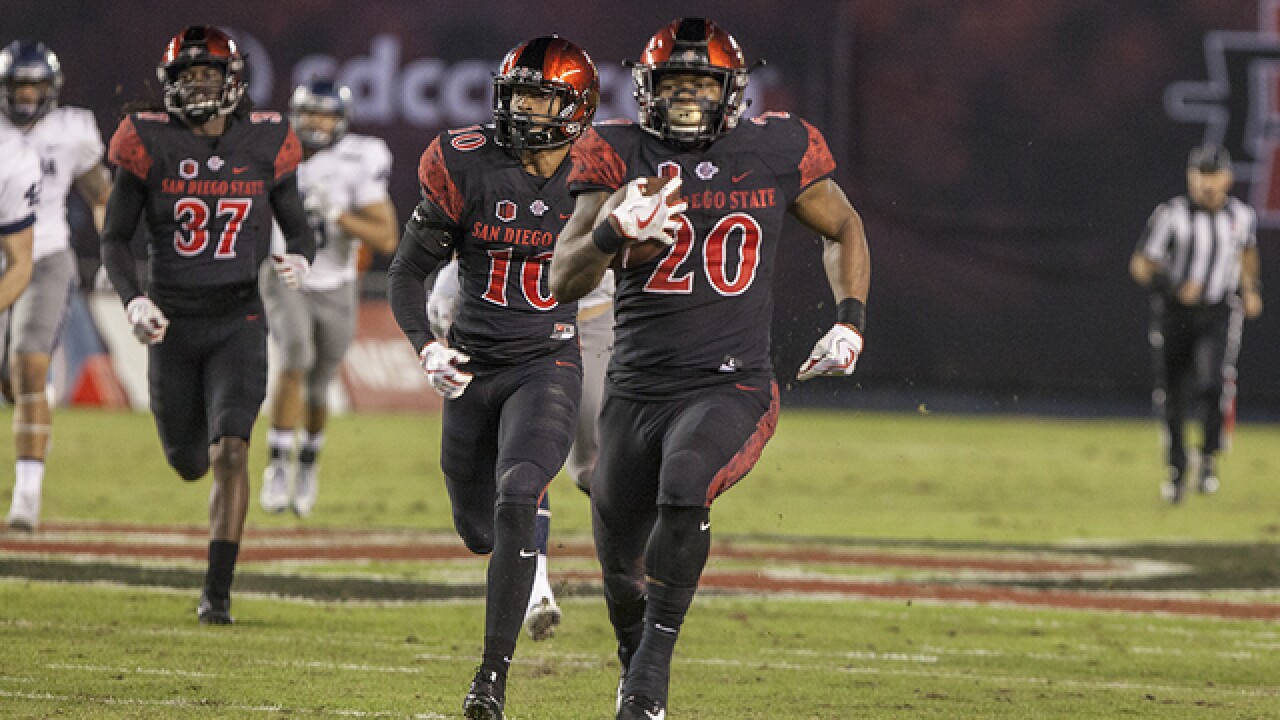 The Daily Aztec
Kelly Smiley
<p>Rashaad Penny runs with the ball in the Aztecs 42-23 victory over Nevada on Nov. 18.</p>

SAN DIEGO (The Daily Aztec) - The first time San Diego State senior running back Rashaad Penny touched the ball, only a shoestring tackle kept him out of the end zone.

Penny’s 41-yard opening rush was just the start of another big day for the FBS leading rusher, who ran for 203 yards on twenty-two carries with two touchdowns to lead the Aztecs (10-2, 6-2 MW) to a season ending 35-10 victory over the visiting University of New Mexico (3-9, 1-7 MW).

Penny needed 176 yards coming into his final home game to eclipse 2,000 yards rushing on the season, and he accomplished the feat after a 51-yard touchdown rush on the Aztecs opening drive of the second half, his second score of the game, gave the team a 21-0 lead.