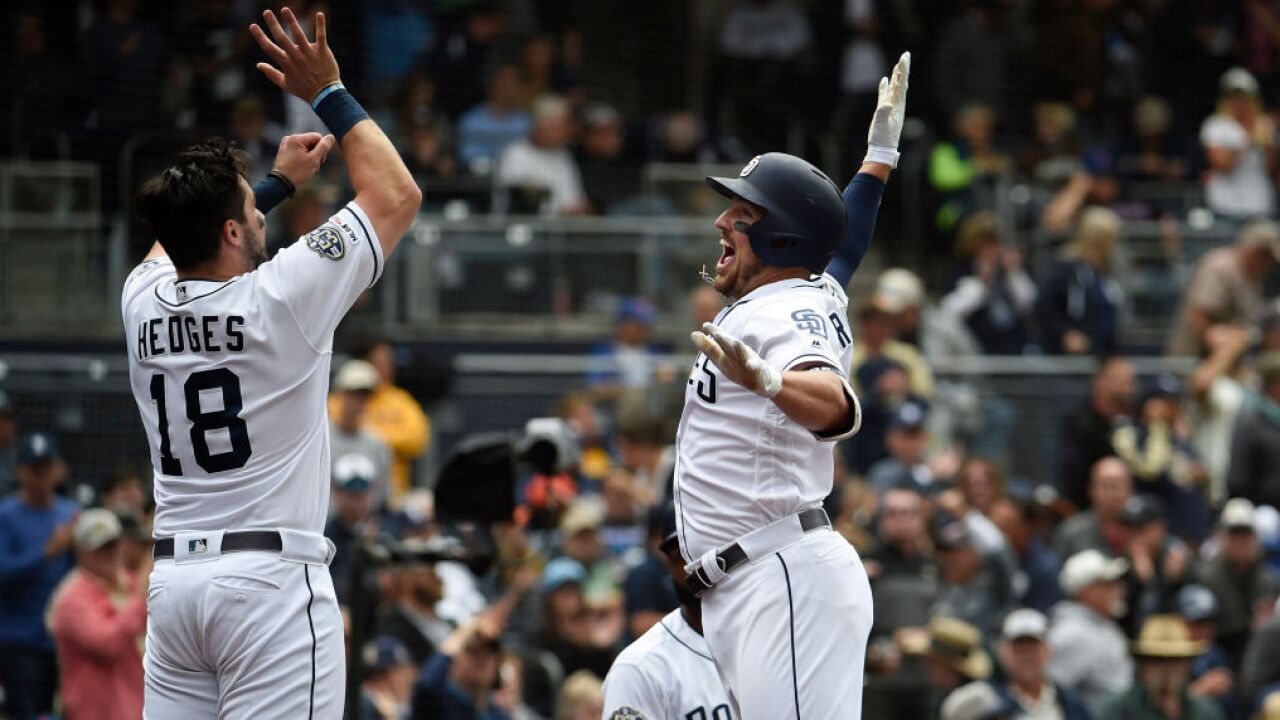 Eric Hosmer also went deep for San Diego, Matt Strahm pitched into the seventh and Gerardo Reyes (2-0) got the win with 1 2/3 scoreless innings of relief. Strahm got a big assist from Margot, who jumped in front of the home bullpen to bring back Alonso's drive for the last out in the sixth.

Kirby Yates allowed an infield single and a walk with two outs in the ninth but struck out Tomas Nido to finish his 15th save.

Renfroe's shot against reliever Tyler Bashlor (0-1) was his ninth of the year and came three days after his game-ending, pinch-hit grand slam sank the Dodgers.

The left-handed Strahm pitched two-run ball over 6 1/3 innings. He allowed struck out seven and allowed six hits and a walk, ending his streak of four consecutive starts without a free pass.

San Diego's Franmil Reyes made it 2-2 in the third on a soft popup that shortstop Amed Rosario just failed to corral in short left field.

Hosmer continued his hot run with his fifth home run in 17 games to slice the Padres' deficit to 2-1 in the second.

Rosario singled home Jeff McNeil in the first, and Nido made it 2-0 with his first homer since September in the second.