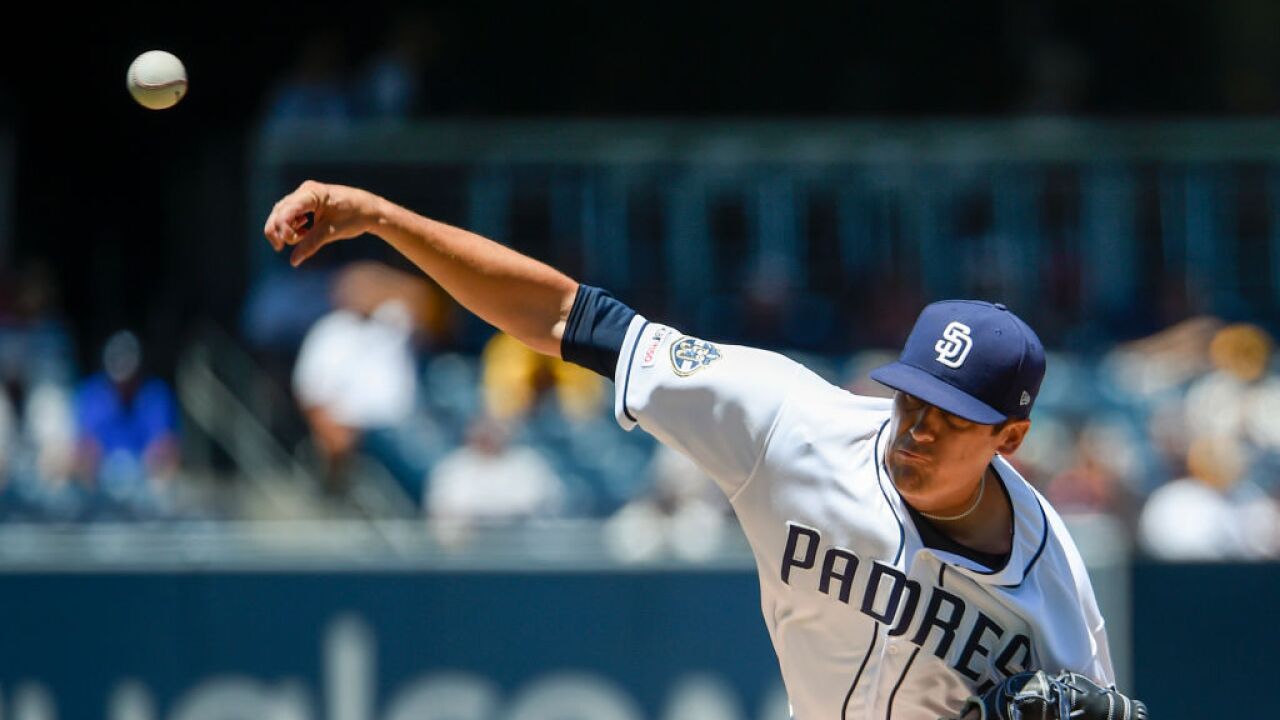 SAN DIEGO (AP) — Cal Quantrill contributed with his arm and bat as the San Diego Padres beat Tampa Bay for the first time in over nine years, topping the Rays 7-2 on Wednesday.

San Diego had lost nine in a row to the Rays overall since June 23, 2010, in an interleague matchup that hasn't occurred too often.

The Padres also posted their first home win over Tampa Bay — they were 0-3 against the Rays in 2004 when Petco Park opened, and had dropped the first two games of this series.

Eric Hosmer homered to help San Diego stop a three-game losing streak. Tampa Bay had won five in row, along with nine straight on the road.

Quantrill (6-3) gave up a two-run homer to Tommy Pham in the first inning, but little else before leaving with one out in the sixth. He allowed three hits and walked one, striking out six.

Quantrill is 4-1 with a 1.32 ERA since the All-Star break. The rookie also had his first major league hit and RBI with a single to right in the second inning.

The Padres scored twice on four hits in the fourth to break a 2-2 tie. Luis Urias doubled for fourth RBI in the last two games, and Hosmer hit his 18th homer in the fifth.